From A Vulnerable Isolationist! 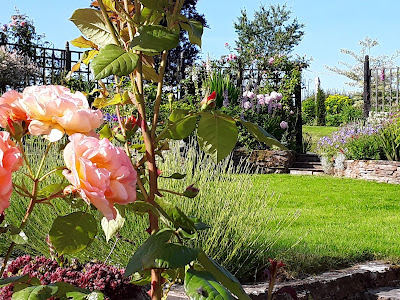 If a pandemic were to destroy the human race that would be preferable, would it not, to a nuclear holocaust doing the same? At least we would restrict the damage to our Planet and other species. Either way, our destruction as a creature would negate all the horrors we have wrought in our existence along with all the art, kindness, decency and beauty. If there is no one left to cause evil or create good then they no longer exist.

The finality of death we all face just greater than ever before. As with the first paragraph, it's of nought if not one human cell is left alive to contemplate it's survival. As with all things, there is a silver lining. Cruelty to animals other than natural necessities would be gone. Dogs would return to being scavengers in packs, big cats no longer predated. So much more would be enhanced on this planet without the masses of polluting fools and know all self righteous creatures squandering their privileged advantages.

Now I really do not consider this scenario described or pondered is imminent. However I  do believe that the crisis now engulfing us all is powerful in its exposure of our underlying weakness as creatures. That is to say our inherent belief that we are somehow special. Some are but very hard to find. None in power and blessed, if not cursed, with wealth, fame and fortune, can I seriously believe are "special".

To me those that are genuinely the creme de la creme of humankind are surgeons, nurses, doctors and rarer but still to be found, wise, caring and brilliant teachers. Outside the professional, intelligent and better classes also lie poorer but still genuinely nice, caring people. Sadly plagued with the usual glut of evil and cruel bullies of the tribe or Nation. Many such folk in the West cling to the facades of caring and socialist equality which fly in the face of reality. What better description of those and their slaves to ideology than "Champagne Socialists". A list to long to enumerate.

Suffice to say that last group of the less attractive human form have spawned the likes of the Nazi Party, Stalin and Mao dynasties of genocidal maniacs. The road to hell springs to mind. The left's good intentions pretty well always stillborn. I have too say that not having the likes of McDonnell, who's stupid ignorance was writ large yesterday, is a rare blessing in these difficult times.

So, what lies ahead? Sadly nobody knows. Plan for the worst, which seems to be the case, hope for the best. The latter was once a positive likely outcome. Sadly, across Europe and the USA, the mass increases in an underclass is already displaying a cultural backlash once believed eradicated, post the C17 and Victorian days.

Only to have been expanded for nefarious reasons by the PTB which has become a global deep state. A state with a record so damaged as to have led us, deliberately or accidentally, to a terrible place. Wealth and power now inexorably entwined and woven by a very few beneficiaries. As ever, if we get through this relatively intact, will just become even more powerful and in control. Unless the damage to the world's population goes so deep as to ruin even the lives of the uber privileged.

I'm no socialist. No way. I do, however feel strongly things have gone from bad to worse, post WW2. Maybe, just maybe this crisis will redress the balance of human existence. If not then the end really will be nigh! Time will tell. Many of us may not get to know. Albeit remember, "where there's life there's hope!"

As an aside, wasn't the video clip of the care nurse beautiful though very sad at the same time. An angel, like so many of her colleagues.