An Improvement But No Golden Era.

The Deep State Still Rules With An Iron Grip. 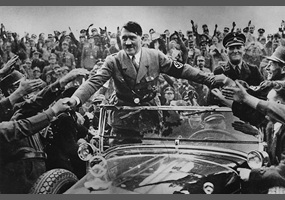 The BJ Government still has grooming gangs, poverty, mono cultural ghettos and a plethora of probably many subsequent related matters. That Dimbledore should weigh in on behalf of the Bloody Biased Corporation crooks, thieves and chancers is a bit rich as they say. A sneering and pompous luvvie down with the "boys and girls" with his tattoo, I ask you. Addled and very much a has-been.

Still, there remains the dregs of what passes for journalism today. Bunty and Burley spring to mind. The well paid, smug lackeys open to the highest bidders, not the most honest and insightful folk. Just "fellow  travellers"woth the BBC, along the highways of hypocrisy.

Look at their auto cue outpourings condemning the elected Syrian Government. While the West, UK included, aids the brutal and barbaric dregs of ISIL and the proxy army of Al Queada. Bash the efforts of Assad to free his nation from conflict, whilst quietly ignoring the Saudi atrocities, with Western, backing, in Yemen. Look at the mess that is now Libya. Thanks, Camoron and Obummer.


Arms dealing remains possibly the largest and most corrupt wing of the deep state. That and of course the gangster riches drawn from the evil of drug and people trafficking. Always the end, the enrichment of scum, justifies the means. Conflict, displacement and mass refugee crises are all sources of great riches for those manipulating death and suffering for gain and wealth.

If the foregoing is not enough to subdue and depress the "little people" and the masses, we can invent so much to demoralise and spoil their lives. Climate change and the ridiculous hubris the the human race can stop it. Climate has always changed. Pollution is the big problem and gigantic oil producing corporations and their empires built on plastic is the real problem. CO2 is not an issue.

Too much unnecessary and manipulated demand is the big culprit for the nest fouling propensity of human beings. The fallout a risk to the human race sooner than other creatures. We are the new dinosaurs. Once seemingly too big to fail now looking to disappear via pure greed and poor intellect. Many other animals will return when not under the torrent of waste we selfish creatures create.

Through all this doom and gloom shines dimly but still visible. A flare, a burst of light and now a steady glow nobody can ignore. December the 12th, 2019 on a group of small islands in the North Atlantic, a democratic vote elected a powerful new Regime. The crack resounds across Europe and the deep state still. If it is repeated elsewhere, such as Trump retaining Office later this year and the EUSSR dying on its feet for want of funds, then change must surely happen.

Notwithstanding Trump's own deep state seduction vulnerability and his brash and not very attractive public face, he still is to date the best they have when it comes to hope of redemption from the powerful and mostly very secretive evil I refer to as the deep state. An empire now under threat from within as well as from the new, burgeoning world order led by China and Russia.

How utterly stupid of the West's hierarchy to look down on these growing alliances rather than link together. The stupidity of the Vietnam war now looking to be matched by a global and equally ignorant stupidity. Only one journalistic voice of some influence recently successful but now severely and disgustingly silenced. They came for and took Julian Assange. The rest of us will be next.

On that cheery note, we still have nearly five years before another election in the UK. Meanwhile we can pray our enjoyment of this huge majority Government will last the full term!!