What A Farcical Bunch Of Politicians We Have In This Endless Repetition. 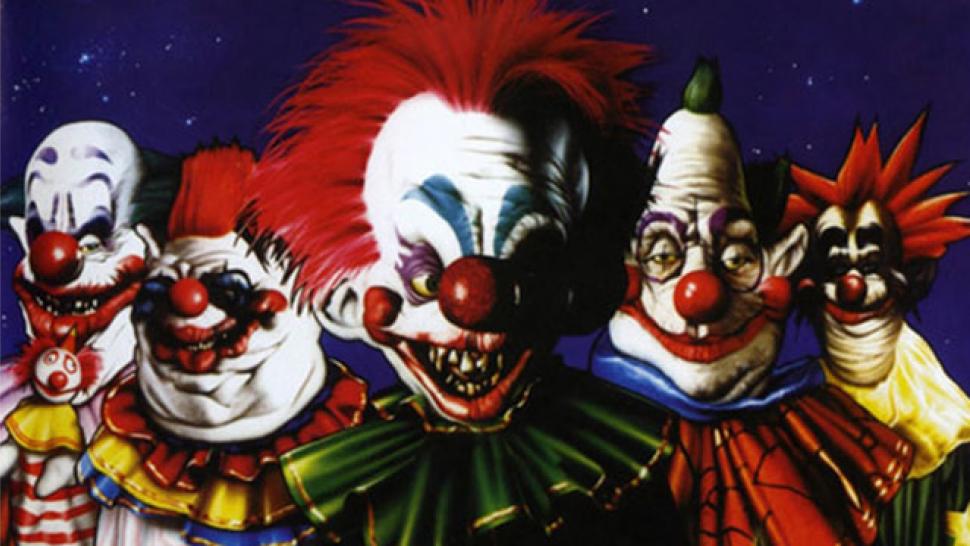 Name the clowns above from last night's group hug!


The one thing I took from last night's brief visit to this "debate" was how boring and groundhog it was. As with previous debates from the last three years, post the referendum and the last election, it was so boringly empty of anything but deep state manipulation and tired old platitudes and promises never meant to be fulfilled.

The picture above encapsulates my sense of our political and National status where despite the clownish and desperate pronouncements and petty attacks on each other, the reality behind the whole charade is the deep state evil the picture shows. The choice of the 31st of October Halloween date may well be an unfortunate accident. That or a deliberate, smug and smarmy invocation of those twisted faces once meant to fill children with joy. Now malign, traumatic instruments of horror, as we fail again to escape their clutches.

Many will note five images above, with Bojo, last evening, missing. The evidence of just a short viewing and the comments following the farce, suggest powerfully Boris was correct to stay away. Although I do find his pathetic article today unworthy. Just like the impossible and feeble promises of the 5 last night. All, as ever, acting as though our tax payments were somehow theirs to piss up the wall at will. Maybot squatting over us all as I type.

A word I find that should fit these past years is pathetic. Except we must not lose sight of the picture above and its perfect encapsulation of the powers ranged against us. The dwarfs skipping beneath the shed blood beneath, aka the media and punditry crooks. Invisible except when needed to stoke the arguments into a conflagration of opposing views. Giggling as they wreck freedom and democracy.

Day after day we are assailed with "no deal is a no brainer". Nobody is allowed to pipe up and declare that Article 50 is a treaty in which, after two years and no agreement on detail made, WTO rules kicked in. The debate and negotiations should continue after that Nation has LEFT. A believe that any extension may well have been a breach, by the wretched EUSSR and Maybot's gestapo advisers, of said treaty. Ergo we did leave on the 31st of March.

After two years of procrastination, obfuscation and the power of the remain placements, lying and manifesto book burning, MPs and the might of the deep state, we were not allowed to fulfill the democratic referendum vote. Indeed there is still much doubt we ever will. The groundhog will continue to haunt each day forever!

So what now? That gross, cretinous, nasty little opium pipe smoker looks the desired deep state clown to keep us locked in servitude. Hunt a close second. Last evening, maybe, just maybe, Raab, was a true leave advocate. That he looked lost, perplexed and bewildered though, was not promising. Without Bojo, we'd see Hunt and Stewart in the clowns' dressing room preparing for the "membership" final nod. Possibly, by then, from a Tory membership swollen by a remain obsessive legion of"new" joiners. The next day a delivery of opium pipes to number 10 a guarantee. A result for the deep state to match Maybot's coronation.

Can this be stopped? Hard to say with the criminal element of vote rigging now endemic in our multicultural brave new world. However the referendum defied all these forces ranged against us. A Battle of Britain reminder I would suggest. Bear in mind that war still dragged on for four years or so more! Ergo the war is still with us to defeat leave the EUSSR.

Our "Churchill" figure, like it or not, is Boris. Some may say Nigel Farage. Time will tell. Let us suggest that for the "invasion" Boris heads up. Post a victorious beachhead they join up. How, in practical terms could that be done? For me only one solution. Fraught with danger and fraudulent manipulation or even genuine democratic will, should Boris become PM he must call a general Election immediately.

No proroguing Parliament, no ridiculous "people's vote", (as if that would be implemented if leave won again), no "no deal" implementation, no revoking Article 50. A clear and final leave versus remain, free of post result fiddling. If a likely leave vote were fairly won in a one subject only, GE. If a properly, a big if, fair, free of vote rigging election were fought, leave would be a powerful likely outcome.

Not least if Labour came out as for remain. Remain Tory die hards would probably go LibDum or Green. Labour leave die hards Brexit. Many, many leave aficionados would have a choice between Brexit and a Bojo Government, with a good working majority. Even a massive mandate, if the polling to date were correct, of circa 140 for Bojo. Add a forecast 64 seats for TBP and bingo, a real, honestly won leave Parliament.

Just imagine the joy of a true, democratic realisation of 2016's result? A peoples' Parliament! Done over July, August off for the EUSSR and September kicked off with an ultimatum to the Commissars. We are leaving on the the 31st of October, scary clowns or not! Should you feel WTO is not to your liking, Number 10 will be configured to accommodate your delegations. You pop over to see us. Our Mandarins have too many air mile perks as it is!

What would be the final, perfect part of the above scenario? That cuddly groundhog could be released into the wild!

Oh and finally, for me, the picture has Opi Stewart pushing himself into the middle, left to right as we look, Scary Stary Hunt, Puffed Up Gove, Puff Stewart, Raab, Javid.
Posted by Oldrightie at 13:28