Popcorn Sales Must Be Soaring!

The Trailers For The Coming Months Are Fascinating. 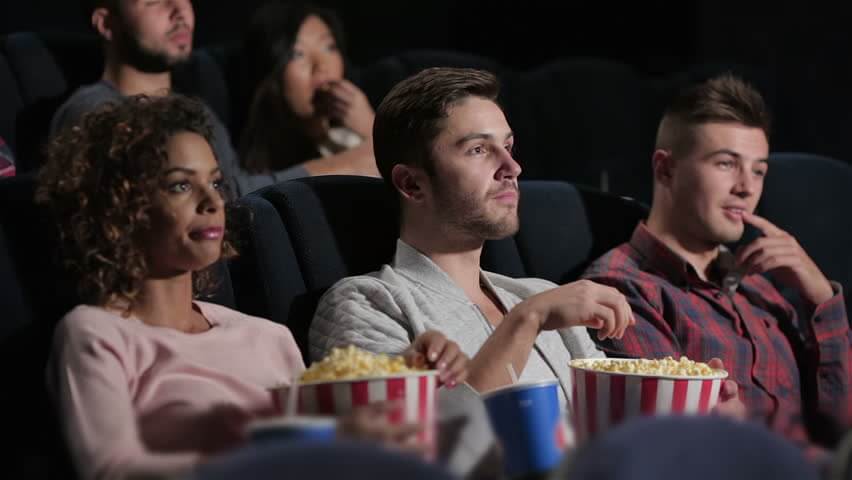 I note, for the time being, media Brexit hysteria has been instructed to tone down the failing remain rhetoric. Maybe somebody has realised, as with POTUS Donald Trump, people are wising up to deep state propaganda and the negative politics of fear are failing dismally.

So a change of tack appears to have become promote another fear from the recent past, "climate change". If you think this may be far fetched, look at how these loonies in London have been behaving. "Extinction" for goodness sake. Who dreamt up that rubbish slogan? Has all the fingerprints of a Soros backed operation, does it not?

Whatever, the New Zealand attack and its prominence jelled nicely with the toning down of the Brexit business. A nice and convenient chance to publicly acclaim Islamic supremacy. Somewhat devalued, however when the mad idiots kicked off in Sri Lanka. That was problematic for the propagandists. How they struggled to avoid saying it was a vicious and barbaric evil and brutally indiscriminate slaughter of innocents. mainly CHRISTIAN.

How they, the authorities so besotted with all things Islamic, struggled not to use the word Christian. Some fools, initially suggested it was a rogue Buddhist faction! Sure, like so many spread across the whole Planet are often of that faction. FFS. Still, despite the horror, it was significant "popcorn" viewing. As so much of 24 hour "news" is now becoming.

We veer from incredulity at how we are talked down to and wry amusement at how its getting so samey and repetitively choreographed. There are now glimpses of Bunter Boulton and his opposite BBC number, Laura Kuenssberg saying things off script. They needs be careful. Their masters will brook no independent offstage commenting too often!

As for coming popcorn musts. Local elections in the UK first up. The anger, bitterness and sheer loathing of MPs is higher than for centuries. The nag bestride a knackered old nag of a Premiership continues to wander aimlessly across the UK's now hated political scene. Oblivious that she is about to fall to the ground with her horse of an administration dead underneath her.

Anecdotal but huge evidence of Tory candidates being insulted, vilified and slated on the doorsteps whilst local activists go on strike is overwhelmingly apparent. To all but the Nag on the nag. She just doesn't care.

Her deal is sacrosanct and we will likely be forced into it acceptance and be shackled to the EUSSR for many years to come. If ever allowed to get free it will be as a failed nation sucked dry of any wealth or assets to fund the bloated Commissars over the Channel. Still, it will be popcorn stuff for some time to come.

If, a very big if, we do have this farce of EUSSR elections then popcorn will be the new bitcoin for 2019! I can just imagine that , as the UK elects a mass anti Brussels force of MEPs, cloned from Nige, similar results, where not fiddled, will resound across the 27 other Countries. Or at least those who have been screwed royally by the Commissars and their Führerin, Merkel. Funny how, like Mad May, Merkin is still in situ.

Add to all this, a UK General Election, stockpiling of popcorn will be essential. Despite Brexit! All this before we touch on the Royal Family.

I've been a loyal subject all my life. Just as I once clung faithfully, for decades, to the Tory cause. I did however baulk a little at the way Charlie treated his wife and the little deep state sycophants around him worked tirelessly to destroy the young woman. When she fought the scum to a standstill and stooped to their level to do so she was killed in a car crash that always had an air of convenience similar to the death of Doctor David Kelly.

A sad example of these consequences was seen in his ecological, credential busting trip to New Zealand to share his maternal grief medals with the supreme religious perfection and peace loving nature of the new power over us all, Islam.

I await the announcement of which minor Royal will be nipping over to Sri Lanka to offer a handshake and a muttered mumble to Easter Worshippers of no apparent religious affiliation. You know, that offhand approach Mad May proffered over the persecuted Christian, Asia Bibi.

You begin to detect a pattern here. One which is hinting broadly that the next generation is positioning to stake a claim to a place embedded with deep state. As with everything, these secretive power brokers get we little folk to pay for their preferred members. Looks as if Charles is happy to tag along and bring his sons with him. Not sure Meghan will be too chuffed.