The Endless Collusion and Plagiarism.

Fake News As A Planted Weapon Of Innuendo And Suggestion. 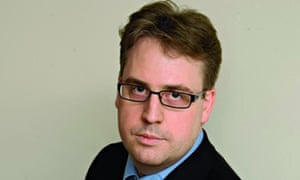 How archetypal this bloke is of the lick spittle media sycophants in the sub layers of the deep state of Oily Robbins and the Mandarin cess pool of dubious fish stocks. For some weeks now I've shrugged at his outpourings, lies and made up to influence, remain, propaganda. Today's offerings, however I found the last straw.

His blend of, in his tiny, ego dominated little mind, subtle diet of misinformation and nudge journalism of make believe and wishes hopefully coming true, are gross, obvious and extremely nasty. He seems to have had some drug induced idea to mimic Washington's Government shutdown as a way of prodding remain MPs to pick it up. In his piece claiming "a senior government source" and "all party group of "senior MPS", note his obsession with "senior" as the only people he gets to mix with and gain such deep insight, the fool expects millions to believe the crap.

He fails to mention, naturally, that this idea of a "Donald Trump style shutdown" of Government is so against the very existence of our, or what's left, Parliamentary democracy as to be career curtains for those seen to be taking part. To be as obviously stupid in every aspect as it can be. "Why" might be a sensible question to throw in as to what purpose is it even put on a front page?

Well, firstly his Mrs is a similar smug, full of important self entitlement of the London centric leftard, holier than thou outside of the M4 corridor, little people, as you can find. A "communications" employee of Brown's then Cameron to name but two connections inveigled by this woman. Given Brown's Mrs Duffy gaffe she wasn't that good, was she? However she is a staunch, hate Britain love the EUSSR remainer as you can find.

Indeed I suspect much of Hubby's gross misinformation and planted writing is either in collaboration with or at least dreamt up by she who must be obeyed. It can be noted how that kind landlady who shares her two London homes with many needy and disadvantaged illegal immigrants, Yvette Cooper's amendment to the Finance Bill, will be a plot to ensure Government cannot function, people be disadvantaged and the knives wielded to cut off Brexit and the will of the people for ever.

A closer look at that "amendment" does not say this. This is virtually Shipman's plagiarism writ large. Almost, in places, word for word, name for name. Called regurgitation when applied to animals. Fundamentally a "meme" being trotted out whenever possible. How weak Shipman's use of this is. As  I often say, part of one big, ugly pair of cheeks occupied centrally and internally by a pathetic cabal of journalists with not one jot of decency between them.

The whole piece is preposterous. Some, as in all good fibbing and fake news, has grains of truth sprinkled carefully to add apparent efficacy to the scribbling but it is so ridiculous. If it proved to be true and actually happen, a precedence of such enormity would be set as to destroy Parliament and sovereignty as completely as May's acceptance of this long ago "deal" set up with Brussels and Oily Robbins. One big weakness in Shipman's rubbish is his invoking Frank Field's name. I doubt very much such an honourable man would allow such fairy tale association to be attributed to he.

No, this kind of low level, hangers on, useful idiots' outpourings are but a lower level of project fear promotion. We can expect more and more of this over the coming 82 days or so leading up to the 29th of March, 2019 and our leaving of this ghastly, expensive, unsustainable morass called the EU.

The rejection of the EUSSR deal, for theirs not May's is to whom this dreadful enslavement agreement belongs, is highly unlikely to be passed by Parliament. It binds us to billions of pounds of continuing payments for many, many years if not forever. It ties us to the ECJ and the EU as to be nought but vassals. We are left open to losing Gibraltar, Ireland and probably the Falklands. Indeed the complete break up of the United Kingdom.

It will precipitate, in its awfulness and hardship, a reentry into the EUSSR as supplicants. The euro, an EUSSR riot police presence and EUSSR military to rival anything the occupation by Hitler might have done. This "deal" is designed to accelerate an EUSSR quickly enough to stave off the collapse of the "Empire" were the UK to retain sovereignty and be successful as an independent Nation.

As for Shipman, he, I hope, is telling those of us who loathe this whole business of underhand defiling of democracy, that desperation is creeping in. After all, May could use the defeat of this "deal" to delay any further action, a gift of prevarication her only successful quality to date and allow what the British people truly want and voted for, leave the EUSSR on the 29th of March. Cleanly and as efficiently as possible.

Then, billions kept for the  United Kingdom to spend on the United Kingdom immediately. Free trade deals across the Globe available and we get to make the EUSSR cretins the supplicants to our   market and wealth. So exploited by the interested remain factions caring only for their exploitation and collusion with Berlin and their HQ lackeys in Brussels for personal gain.

As for Shipman and his ilk, if it were not so serious and seditious, it would be laughable. For every individual taken in, it's life threatening in its potential outcome and the draconian implications. To lose our sovereignty to the glib lies and make believe of such gormless nonentities would be a tragedy indeed. Let us pray that on March the 30th we can rejoice as we did in 2016 when this lot got a mega slapping by the people. Sadly, to date, short lived, as the power of the deep state regrouped. Recruiting May as a first step.

Ask yourself. Why aren’t your Western media covering the total collapse of Macron’s impotent ‘En Marche’. #GiletsJaunes in action in towns and cities across the whole of France. And our media refused to report. pic.twitter.com/pFXvp691C5
— Katie Hopkins (@KTHopkins) January 6, 2019