He's The UK's Too Whilst We Remain In This Corrupt Body. 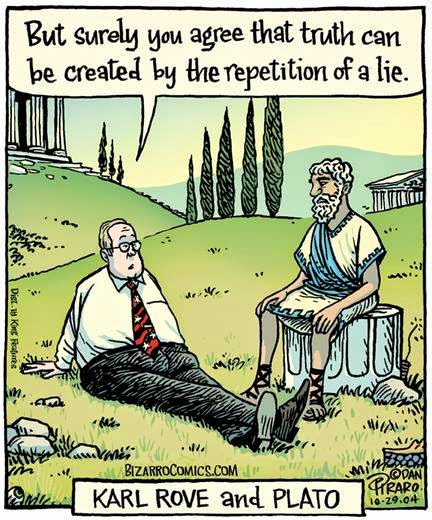 Much salivating this morning over our ECJ's Campos Sanchez-Bordona advocate general font-family: , "advice" to the other 27 Judges who hold power over us all. For now. The media all but kicking off a second referendum. However for conspiracy "Doctorates" such as myself it is not something the EUSSR dictators know anything of at all. Coincidence. For certain.

Such as this "advice", gets full on trumpeting, the second it's made. Unlike the UK's Attorney General's advice to May. Which we all know was to tell her that her ludicrous WA is a crock of sh*t and full of pitfalls politically and legally. If that advice was benign or it favoured the Molly May spin doctoring, it would have been as blasted to the skies as was this household name and powerful figure, Senor Campos's "advice".

What a day yesterday, however. Cox played the role of Cromwell but with zero credibility or honesty. Parliament will debate this Molly May rubbish against a backdrop of her mendacity now being in full view. A significant piece of advice denied them. Hardly a decent way to show honesty and certainly not in the best interests of the Nation. Well, except for the mushroom shovelers directed by Molly.

Notwithstanding the awfulness of this "deal", this "advice" this morning was probably shouted over from our masters in Berlin Brussels after some midnight oil burning and hand wringing as to how the EUSSR Commissars might give her a tatty, hastily thrown, grubby life belt. It carries a risk, however, as to be seen as interfering in our democratic vote of 2016. Which it actually is.

Quelle surprise. Somebody has worked out that this "advice", if accepted by the ECJ as gospel, stirs the hope of a beloved EU tactic. That is vote until you do as we demand, which then becomes a nice little ambush. I suspect Molly was on the blower most of the night and responsible for the timing of the release of this "advice" for the breakfast fake news fest.

I have always been nervous of Molly's constant "no second referendum" repetition month in month out, just as she banged on about "Brexit means Brexit". That latter statement now reneged on. Her "Brexit" means either remain, (as Compos now says, "no probs there. Just call a second referendum. We don't mind waiting to enslave people we hate. We love the long game to death!", or we enter into a WA that puts a bloody big, wrought iron ring through our noses. Together with lashings of humiliation.

The WTO option for total freedom, sovereignty and hope for decades to come we shape our own nation's destiny and that of our future generations for ourselves, is vilified and slandered as "no deal". Yet another sleight of hand that exposes our deep state and its gross, corrupt and terrible Establishment. Still, hope does spring eternal. Oily Robbins showing some nervousness with his letter to Molly an example of hope.

When such a powerful figure denies responsibility for this terrible determination to shaft the British, people, by Molly, you can rest assured, she's looking ever more manic. Desperately pleading with Drunkard Juncker and his unelected, wealthy Commissars, to help her out. For many, myself included, Senor Compos's intervention rather riles not just leave voters, I suspect. If not it bloody well should. It shows how close Molly is with that crowd.

To close, may I refer you to Raedwald's take, this morning. I detect his feelings about Oily's letter are as my own. Oily covering his back as the knives start to poke from the toga wearers within his own circles as well as in Parliament. Popcorn supplies getting very scarce with all this Brexit stuff!

An Anon input to my previous post has given a link to the full advice letter. I consider it to have veracity and am entitled to that opinion. Individuals can choose to regard it a "fake news". In the absence of the official publication, naturally we have to have a degree of caution. For me it has all the hallmarks of a UK Establishment joint stitch up with the EU we have so come to loathe.

Here is one paragraph of enormous financial consequence. There are many, many others showing how royally screwed we will be.

here is the link, https://bit.ly/2RxBIgg