Never Have I Known Such A Nightmare. 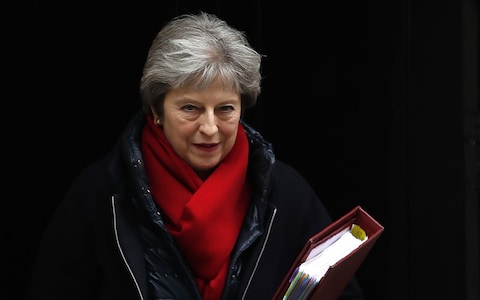 Gordon Brown stole our pensions, Heath our liberty, Bliar led us into terrible and violent conflict and brought terrorism onto our streets and into our homes. All of my life I have watched the control freaks and despot inclined, grossness and incompetence get ever worse. Over decades I have seen the elite, the common purpose and growing trap that is the EUSSR, become more and more ghastly.

Mass immigration has made for terrible scenarios, debt and infrastructure meltdown accelerated out of control. Our NHS given away to any Tom, Dick or Mohammed. Feral gangs roam our streets, drug lords rule supreme, murder is now commonplace. Filth and pollution the norm. No go areas, people trafficking, thousands of Asian rapists free to do as they please. Disease and the genocide of white people now ignored and the perpetrators allowed free rein. Except not within their own communities.

Then their misdemeanors are punished severely. Particularly if involving young women seen to have strayed.. Again this misogyny and brutality goes unpunished. What a mess presided over by a political establishment who have never, in my lifetime, given a f*ck for the Nation as a whole. Never.

Yet set against all this horror and decay, Theresa May shines above all else as a beacon of despair and suicidal thought for all those who once had hope for the Country. Hope now something this woman would have a minion lick off her shoes, her nose in the air not for one moment realising the stench emanates from her own betrayal. Her own filth swirling around her lies and treachery. She has known this wretched capitulation was her remit ever since she stole the Premiership.

Why she wasn't opposed and why Leadsom suddenly quit the calling and challenge, I shall never know. One thing I am certain of, May was privy to some nasty angles and she embraced her opponents humiliation with a May special gurn of superior and arrogant evil. Now, whatever was done to Leadsom, May is doing to, not the 17.4 million who voted leave but the millions of future generations to come. If they have any freedom, a big if, to study history without the spin likely to be put to it, their poverty, subjugation and drudgery on a massive scale will be seen as to have been sealed by this gross excuse for an Englishwoman.

I cannot understand why. All I have left is a nauseating loathing for someone so dishonest, so transparent and comfortable with her nastiness and plotting, as to have made and will make, so many millions of lives purgatory. May she rot in a hell of her own making and may I see her suffer deserved humiliation one day. Sadly, unlikely, as she welcomes God only knows what occupying troops she will need in the future. An army spurred on in the knowledge they can expect zero resistance from the English or British, anymore.

As for May, this clip shows the UK as a young woman and what is being done to us all by this grotesque, awful, unelected Prime Minister. An agent of the EUSSR and their masters from Common Purpose.