Is This Our Islamic Prime Minister?

If Not, She'll Step Down For One, Methinks. 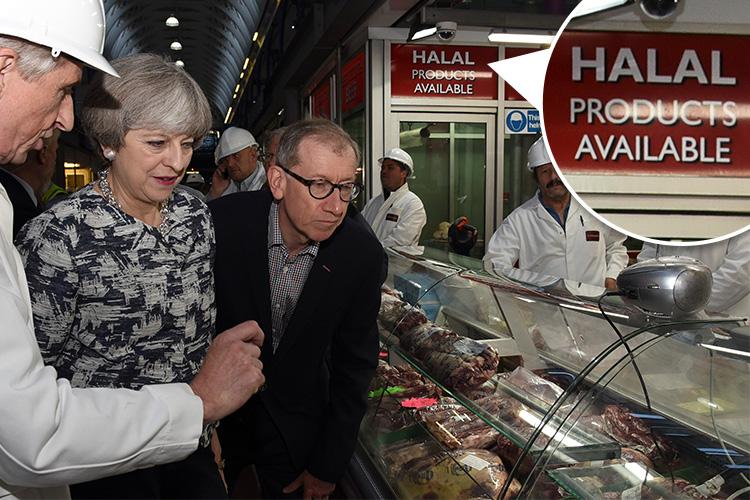 This dreadful woman courts the Muslim voter too fervently for my liking. No doubt part of the sticking it to the rest of the electorate outside, for the time being minority, Muslim immigrant, gerrymandered lookers on.

What I can never understand is the desperate need to turn us into the kind of Nation we see all too clearly are misogynistic, cruel to animals, homophobic, tribal warring, barbaric societies. Countries with little respect for each other or for a peaceful, multi cultural, forgiving option. Iran publicly executing rape victims, the Saudis carrying our horrific public and often sadistic thrashings. Often of women who might dare question male brutality and evil.

I appreciate the Islamic creed to rule the world. Not dissimilar to the deep state globalists of the West. The irony is that as Russia and China are emerging as powerful economies, the West is sinking in a swamp of corruption and appeasement of a cult that centuries of resistance fought to contain.

Indeed I argue that I know of no peaceful and serene Muslim States other than those in Eastern Russia, permitted to practice and live in cities and dominate those places peacefully. Any attempts, however to spread that existence into a National dominance gets short shrift. Yet western European Common Purpose seems hell bent on enforcing the suppression of white, indigenous populations into an enslavement to all things Islamic.

The rape of young girls and their forced marriages to old men, the inhumane slaughter of animals, this horror is part of our multi cultural enrichment yet too many don't care to outcry. This before the barbaric IS videos our Government ignored and welcome back onto our streets the perpetrators. All we have is a draconian censorship and deep state enforcement of propaganda, often by omission, such as the quiet branding of any protest as "far right" extremism.

That accusation of  "extremism" slowly turning on those people who love their animals and in particular faithful dogs. Already we saw, this past week, that dreadful video clip of women screaming at a dog walker. The twitter account which showed this is now closed down ergo censored.

How Christian values that helped build this Country are now "far right" is beyond me. When we see the poverty stricken, cruel and often horrific conditions Islamic rule subjects its citizens to slowly taking over our own Nation the cruelest thing of all is the blind acceptance by so many who seem quite comfortable in accepting the awfulness now abroad in every town and city in the land.

As for expensive immigrant people, just ship them elsewhere. So what if the stupidity of the UK's mass immigration policies are out of hand, the NHS overwhelmed and our infrastructure a mess, carry on regardless with this determination to make us like any other sh*t hole countries overcrowded, violent and gross. Why should centuries of effort to make life better not be given away to people not prepared to get their countries of origin back on there feet?

Still, if our representatives in Parliament deem this whole mess to be acceptable I guess we must bow to their intellectual and moral superiority and do as they do. Embrace the grooming and rape of young children, buy shares in prayer mat suppliers and force women to wear at least headscarves. Thus you have a start to then go further and enact legislation for all women to wear the burqa. Hey, then make FGM compulsory.

I know this will take time but just consider the present number of criminal acts that could be formally declassified. All you then need is to learn to cope with the stench of other's dirty footwear as you step into the Mosque. Worse for blokes at their entrance, though when so many never wash regularly, feet particularly. Women's entrances less well populated would be more bearable.

As for pictures of women, the future is this.

I've had my time, pretty well but for future reference, look closely at this picture because the time is coming when you could be lashed for looking at such.

It's not all bad, though. May in a burqa is preferable than her smug indifference to our Nation's decline and fall. Indeed a powerful instrument of her Civil Service manipulatory ambition. have a nice life for as long as possible. Those of you under 65 will regret your present day indifference, you really will.