Always Strange To Watch Our Virtuoso Violinists In Power. 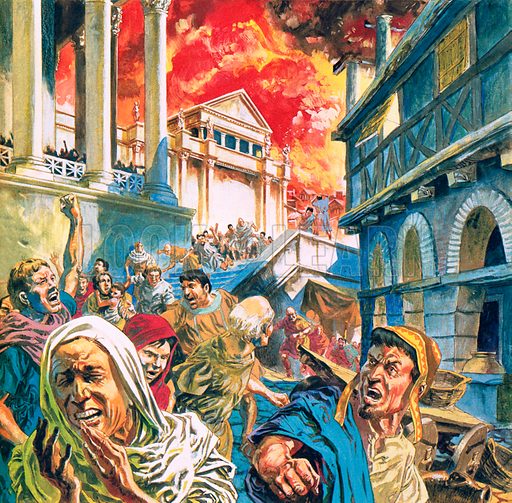 Silly season or not this latest and pathetic statement, takes the biscuit. In itself the stupidity is a minorthing but its reality tells us a great deal of the nature of the ruling elites' more junior acolytes. En masse this is the level of our public service paucity of any real intelligence, backed up forcibly by a politically correct education system, good for nothing but producing such ludicrous individuals to populate its ranks.

Yet this kind of ridiculous logic now informs the west's deep state, Common Purpose agendas in a vain attempt to shore up their now palpable and self inflicted decline. Lord Jacob Rothschild says much on this just recently. Reading between the lines his main argument does come across as a rather selfish and wistful approach that globalisation and the profits therefrom are being more critically inspected. Economic weaponry used in the past now getting into the hands of others not party to the long established ranks of American and European unelected corporate and political cabals.

I consider the whole anti Russia rhetoric and baseless propaganda an awareness that post 9/11 America and its subservient allies has tried to subjugate other Nations militarily, as a precursor to enforcing regime changes and to underpin that monster, Saudi Arabia. Interesting how the West has chosen to favour Sunni over Shia since WW2, if not before.

Also of some interest is how America has also been a major supporter of all things Israeli, if not also Jewish. Here is a potential clue as to the Islamification of the West in an effort to devalue the Jewish global lobby. It would take a far better and more scholarly mind than mine to pursue these observations but few can deny the core issues I raise. Not only that but how awful these matters have and continue to impact on all our lives.

One thing of which we can be certain. The efforts to promote and brainwash, via massive propaganda, the destruction of investigative journalism and the hijacking of visual media has failed to an extent through the rise of the Internet. A rise now under threat from big state attention as it struggles to keep hold of its own failed propaganda.

It's all very well blaming third parties and casting unproven allegations at others, mostly but not solely Russia. However, as with most of human existence, greed, hubris, violent suppression and self interested entitlement has never lasted forever. What is happening as a consequence of ludicrous policy decisions, in the last almost fifty years, is horrific to witness.

The clash of primitive cultures now loose across America and Europe is horrific. Hundreds of thousands, possibly millions of lives are now collapsing under the sheer and rapid growth in barbaric behaviour fuelled by a misguided, orchestrated dogma that is the religion of Islam. Anger and fear predominating. Unintended consequences or just a loss of control?

I suggest that too many of our political classes have taken up the violin. The worse our lives and culturally evolved decency is trampled on, the louder they play. I suspect Lord Jacob's feelings are influenced by a realisation that even their heady and exalted, privileged lives are coming under threat. yet changing we are.

Regardless of how Trump's Presidency of the UK's bid for freedom in leaving that gross EUSSR, we can be sure that things are changing. Russia, China, India are all growing as economic powers. As they begin to look elsewhere for armaments to protect their burgeoning economic strengths  and wealth, ditch the dollar and unite against decades of Western arrogant attempts at enforcing twisted values, those at the top are a whisker away from panic.

If peace comes to Syria despite the covert efforts to stop it happening, a message will go out that, as in Vietnam and today, Afghanistan, sheer brute force is never enough. my take is that Russia and Putin learnt this lesson back in 1989. patience, intellect, diplomacy and technical as well as military advances go hand in glove. If only one element is missing, time punishes exponentially.

Are we seeing this happening? My verdict is yes. Belt tightening and a wariness of your own political system, its corruption and nastiness is more valid today than for many years. Those fleeing persecution from across the globe and massing into Europe have been followed by either economic migrants or at worse, their persecutors. Dreams of better lives in the West, ironically, making the hopes and aspirations of our fellow citizens lost. probably forever.