For All The Led By The Nose Sheeples Of The West.

A Picture Paints A Thousand Words. 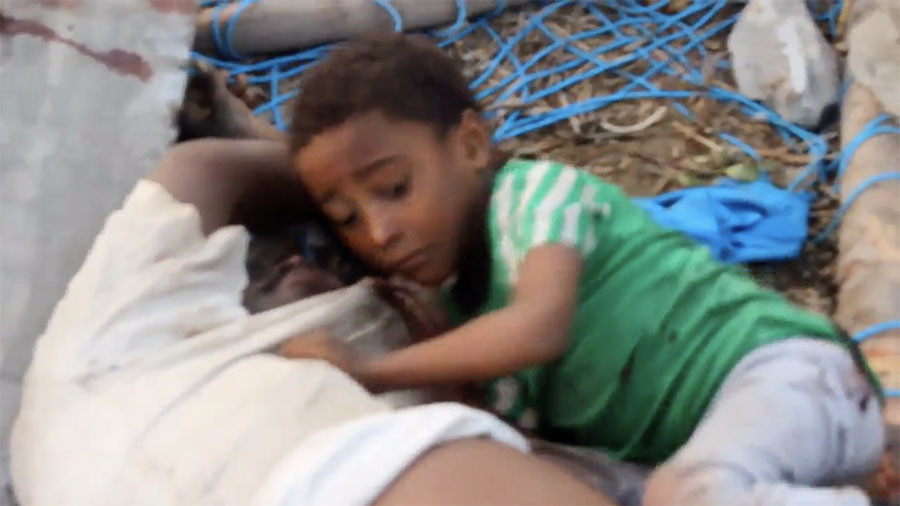 A boy clinging to his dead father in Yemen after a Saudi led air strike with probably champagne life style producing UK weapons. Not a word from the West's media. Not a peep. As for the Skripals, for all we know they may be dead. Certainly the story is and the clean up at a cost of millions unexplained. Just one question, if the fear of contamination exists, how come nobody poorly?

As for the Douma fake chemical attack and the OPCW inspectors, again zilch. At least until their mission can plant evidence then shout "Russian" Bots did this. One last invitation to our MSM rubbish people, go check our plan for Aleppo, or at least do some honest checking. Whilst your at it, nip by Iraq, Kabul, Libya and the Ukraine President's bank accounts, since the West installed him in power.

Also ignore Bojo's erratic behaviour and where he hides his many stashes. Or the Brexit vote's fading hopes. Lord help us.
Posted by Oldrightie at 12:13