An Even More Dramatic And Complex Monday Morning. 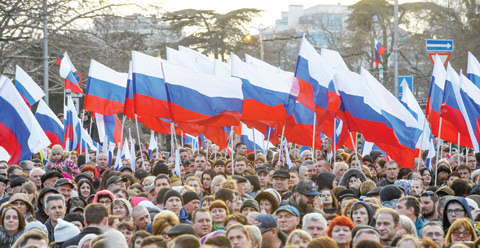 As the dubious and yet to be evidenced Skripal saga draws on, Boris the Buffoon's fatuous posturing gets ever more bizarre. Given also May's gurning face of relief and joy at something she can "use" to deter criticism of her floundering status, we can begin to understand how this event got the legs it did. Add some, in this rare case, undeserved attacks against Corbyn's desire for better validated evidence, for Boris it's worthy of an extra snort of the white stuff after dinner.

Let us also look for a moment at the substantial victory for President Putin alongside the election debacle of Mrs May. On paper and seduced by her covert advisers in Whitehall, May went to the electorate to strengthen her hand on the Brexit stage. Whoops, the election fraud, fiddled opinion polls and siren songs of some very shady interested parties, EUSSR backed, no doubt, lost her huge credibility as a leader.

Now, all opposition whining and moaning apart, the stark contrast between Vladimir's and Tessa's election results is  immense. A chasm of one leader's energy, foreign policy and national pride engulfing the pathetic and puerile awfulness presided over by Tess. How many children. mainly white, young girls, do we hear of, undergoing the rape and abuse now rife across Western Europe, happening in Russia? A Google search suggests there is very little if any outside Europe.

Then there is the constant and lying statements from The Buffoon that Crimea was annexed. 93% of Crimean voters went for their "usurper" and "dictator". Whilst the puppet government of the West in Ukraine, violently prevented some 72000 voters casting their ballots. Petty but also scary. Deportation or genocide next? History suggest both are possible.

I do have one major reservation with regard to Putin and his seeming lack of support, as with Assad, in deterring Erdogan from his invasion and the barbaric slaughter in Afrin. Erdogan is said to have warned Russia to keep its ally Assad out of there. Pretty harsh when it's sovereign Syrian territory.

Perhaps Vlad remembers the Turkish shooting down of a Russian fighter and was or is waiting until after the presidential election before showing his hand. Plus Turkey, though rogue, remains a member of NATO. So all out aggression would be more than Putin cares for right now.

Mind you, if May's hidden agenda to fund an EUSSR army is ongoing, perhaps NATO is on its last legs and Turkey destined to be as big a part of that planned army as they are its growing military and Islamic police force.  Now they could be useful for future events like this, yesterday.


Compare and contrast this despicable strife to shut down free speech then argue Putin's Russia is somehow worse? I think not.

The present day UK has more in common with Erdogan's Turkey and the old Soviet Union than Putin's Russia. Warts and all. The truth is the West is sinking into a morass created by an elite and Common Purpose hierarchy utterly uncaring of National or even racial entities. A global tyranny is happening across Western countries and abetted by an unholy alliance with Islamists as front men for subservience of all gainsayers.

Our youth is already lost in narcissistic clouds of delusion and belief that the State is their benefactor and saviour. That, notwithstanding the filth, poverty and ignorance now practiced by many millions of ill educated fools and imported dross and language illiterates all around us. Said to be 800000 in 2013. Likely now a couple of million or more.

What is shameful more than all else is the refusal of any voices in the lofty and isolated, wealthy ivory towers of the PTB and their hypocrisy and arrogance. Look at the events at speaker's corner yesterday. A disgusting and police abetted attack on freedom of speech. Once something taken for granted but now placed in statute criminalising thought in the form of "hate crime", by the clowns in Westminster. Now posted on thousands of empty, open stable doors, devoid of the once proud stallions of past decency. Turning questioning debate and disagreement into "far right extremism".

Leftards from the chatterati and London epicenters of collusion and horror that happily disregard the torture of young girls through female genital mutilation. The rape gang culture and racism against white infants and the stupidity of "positive" discrimination. An oxymoron surely. All discrimination was supposed to be wrong, once.

Still, if our lot and the Buffoon Boris in particular get caught out over the Skripal affair and Vladimir completes the liberation of Syria from ALL invading forces, the US and Turkey in particular, it won't be all so bad.Unless Putin continues to force Arctic and Siberian air over the UK and drive up our reliance and the cost of importing his huge energy resources!

Have a great week!