The Daily Kick The Public Subject.

It's All Your Fault. 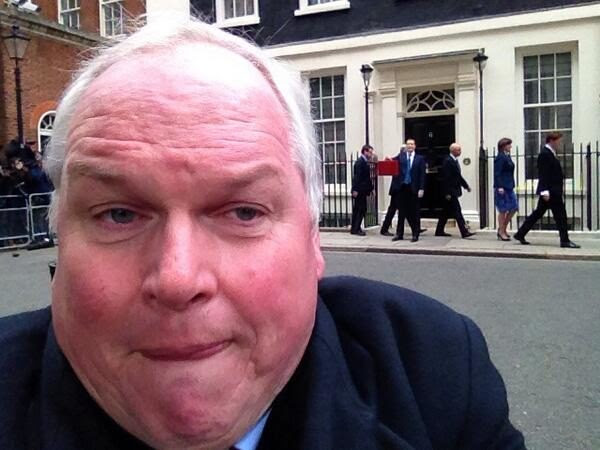 I love this image for all the aspects of how his face typifies that of our Establishment as a whole. Flushed with ageing over indulgence, smug self entitlement and a plethora of characterless, dull, hectoring, "do as we say not as we do". Snort, snort, glug glug, munch, munch.

The meme de jour right now is plastic pollution but that readily accepted, cheap material mass production has been sanctioned by western political and corporate greed for many decades. Like so much that is wrong with our world today, it is and will always be underwritten by political and economic stupidity. Nothing in the heady world of the Establishment's desperation to rule and grow rich has common sense about it. Indeed as is often said, there's nothing common about "common sense".

Let us consider the NHS. Boulton presided over a debate with two leftards and a liberal "Chief" of one of the many, far too many, NHS "boards". How infantile and stupid the arguments put forward. Not once anywhere near the truth and reality of the shit this Country and the West is now immersed.

The favourite argument of the idiotic punditry is that we're all living too long, there's nowhere for people to go after a hospital stay and it's all too little funded and we need to cull the over 70s. No mention that this generation have funded many previous generations' NHS needs, benefit payments and a once upon a time fairer better society. Nope, the immoral, incompetent and failed Ponzi scheme of paying for everything with tomorrow's earnings goes on apace.

Of the present older generation, no thought is given to the millions of older folk, Oldrightie among them, paying large amounts of tax to fund these services for the feckless, the non contributory, mass immigration numbers and the leftard yobs. Yobs for whom work is not considered an option when they can leech of those who made provision for their own later years, despite the money grabbing socilaist "equality" crap, at odds with human and natural instinct to look after oneself and one's own.

As the present, younger lot age into, deservedly, in many instances, penniless and poverty stricken thirties and forties. Their mobile pones rusting and useless as nutrition, I wonder if they will stop to realise their hedonistic, gorged, few years of decadent idleness were not learnt from their parents and grandparents. They will have had far more numerous choices and options but a total lack of ability to use them.

Decades of squandering the already declining wealth of this country has been exponentially worsened by the manic mass immigration of Labour policy endorsed by everybody else seeking power and wealth.. Their destruction of sensible, selective education in the face of all common sense that the best of a herd protects, shelters, nurtures and encourages the less well equipped. Yet day after day when other than these idiot leftards are in charge, we get a litany of whining and kicking of all alternative considerations. A media hell bent on salving their own,often far greater guilt than any of their audiences. Time they looked in the mirror.

No consensus ever gets met even when produced by a democratic vote. The referendum but one example. Indeed, if the electorate's majority will were to be catered for we would have capital punishment, less generosity for idlers and a targeted benefit system for the most deserving. That latter would not include the wasters of "Momentum" and the stupid, weaponised ignorance of leftard political naivety. Political correctness would be abolished, mass immigration stopped and a stricter vetting system for asylum seekers to target the genuine and most needy of refugees and abandoned peoples.

Instead we have to put up with billions wasted on vanity aid projects, the self interested slaughter of meddling, illegal wars. To top it all we could blame those really responsible for bowing to despots like Mugabe, failing in their diplomatic idiocy to gel with Russia. With a real, accountable government we could end the ridiculous defense wastrel and foolish ventures. Aircraft carriers without aircraft or the manpower to man support vessels. It's all so endless and we made to blame. As for Brexit, words fail me. Just bloody leave.

Well time the real culprits were brought to book. There is only one way. Do not, ever again, vote for the two main parties or those ultimate chumps the LibDums. "Anybody but of the above!" I suppose I should move to Northern Ireland. At least I could then vote for the DUP!