So Much Of Our Establishment To Giggle At! 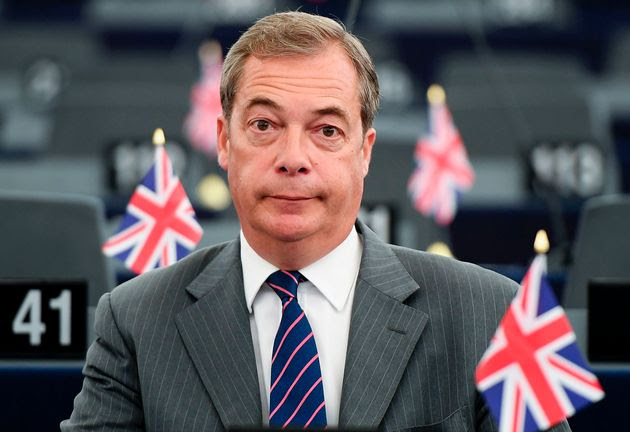 Nige hears about Sir Clegg's elevation! Certainly Nige would be the peoples' choice"!

It will be fascinating to see if Mrs Clegg will need to agonise on her Ladyship options now. Given the money to be garnered as Lady Clegg, I suspect the temptation will be too much, except in public. Probably brand herself "Lady Miriam".

Then there are those Christmas messages. Scruffy Corbyn wittering on about this "time of year" desperate not too alienate Christmas aficionados was a joy to behold for its clumsy auto-cue insincerity. Whatever one's feelings about Saint Theresa, she sure won the least mirth production there.

Now a real clincher for Christmas 2017's best mirth inducing picture has to be the remoaners'  approach to the new or should I say retro passport decision. The irony that it has to go to the EUSSR for tender lost on the puerile fools. Remainer comments right out of Eric and Ernie Christmas mirth.

Not quite "Establishment" but a product for sure of the Bliar Witch era of daft political idiocy. Too much sidesplitting content to highlight. However, I will try. "My Mum's devastated, she out there by herself". Really? Where's the poor, hard done boyfriend and "partner" the 300 painkillers were for? Given she'd gone to visit the clown. It really is a hoot. Said to be 33 years old. More like three in essence.

On a less humorous but rather cynical note, at Church yesterday I expressed sadness we did not say prayers of thanks for the new peace in Syria. of course, had the gangsters and terrorists backed by the last American Government been victorious we would have had it in our faces 24/7. So three cheers for our real and should be strong allies in Russia. Take note, Boris, this took real statesmanship and being on the side of right and democracy.

Remember, too, there are 12 days of Christmas, so 10+ to go. Merry Christmas and a happy New Year. Pray for peace in Yemen next.