Are We Paying ISIS Fighters To Murder US? 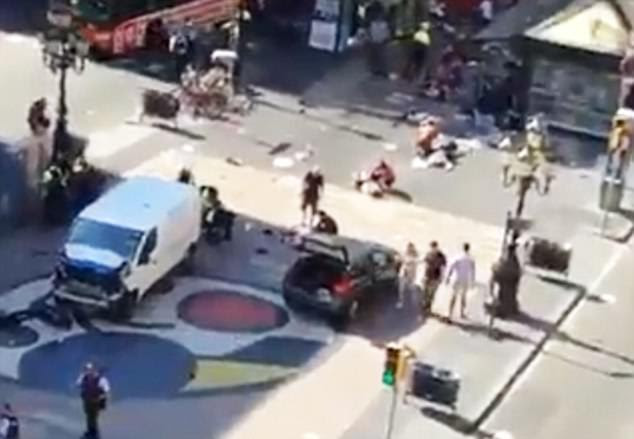 After every barbaric murder some or even many are filmed spouting their ridiculous drivel about security and "moving forward". All of it without  any mention of the effete and pathetic lack of any balls to get a grip. Indeed quite the opposite.

There always, throughout history come a time when whole civilisations have been subjugated but in the past, as with the indigenous North American Indians, not without an honourable struggle against overwhelming odds. In the West today there is no struggle or fierce resistance. Just weak, greed driven appeasement for the sake of transient riches and a brief time in power and luxury for the political  classes.

In alliance with the corporate and criminal billionaires our masters strut across the stage full of their own self deluded belief that they are special. Leftards the worst of a very large bad bunch. All of them quick to facilitate terrorism and fear for their own ends. There are so many examples of this total dereliction of decency and consideration for their own citizens. None more than those screwing Europe.

Let us consider, briefly, some of the evidence too great to fully explore on my minute little blog. There is the open border stupidity in Europe which has enabled hundreds of thousands of potential, well trained fighters to wander across our lands at will. There are the American evil games of hypocrisy throughout the Planet. Here is that behaviour laid bare.  Greed for arms dealing riches trumping all else.

Today we learn of ever more stupidity from our mealy mouthed purveyors of lies and abject sloppiness Funding our own murders. This link dates back to February but a hurriedly dropped statement showing it's relevant still has disappeared! SKY News kneeling and licking the feet of a terrorist. Not sure which is worse, the evil little sh*t or SKY.

However, let's close with the welcome mat and loving embrace of yesterday. What is so awful about this crassness is that we're not surprised. Just as we shrug at the 13 plus billions channelled to despots across the globe so we seemingly accept meekly this gross and neglectful approach to barbaric scum furthering a satanic, bloodthirsty creed of hatred, racism and resentment.

How ironic that not only the sacrifices of the last 100 years of war by our troops and their bereaved families but that the returning, badly maimed and scarred warriors of today come home to preferential treatment being handed out to those who helped, supported or even brutally murdered innocents as well as colleagues. Will this stupidity and slaughter ever end?

No, it will go on and on. Led by an Establishment in the West of corruption and self entitlement. People privy to horrors we never hear about. There is a deep State full of even deeper depravity. A swamp indeed, populated with horrific ghouls for whom sexual abuse is but seen as part of their position of power.

In all of this we have the odd less obviously corrupt facade of people such as Theresa May. Left wounded and battered from her own vague decency. Stumbling through the depth of evil which now dominates our crowded, decaying species. The power now securely in the hands of the greedy, the tyrannical and soaked in the inadequate morality necessary to be so horrific and unchristian.

Can the people win? Unlikely without a strong powerful champion such as the Russian people have. Even if such a person were to arise could they survive. Only time will tell. Meanwhile lets build many thousands more homes across the UK and Europe to house the thousands of butchers to return to, their bloody work almost done.