A Season Not Without Some Charm And Fun! 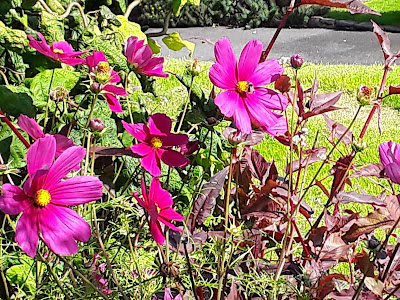 That pompous clown, Al Gore, is back on his lucrative ego trip preaching his snake oil credentials of his bottled climate change potion. Flooded with publicity to fill the news slots during the August flight from the trials of artificial reality beloved by the media.

Not that we are spared, as the second team propaganda reserves are trotted out. The also- rans in the BBC pay hierarchies, but one section. The big, in Boulton's case, obese, favoured "presenters" of biased or lies by omission, battalions are on their August must have sojourns. No doubt swelling the profits of gaudy haunts catering to the obvious greed and ego massaging needs of the deserving but yucky rich.

Let me offer stories ignored in favour of Gore's self preening celeb status. That legend of the discredited but still lauded nonsense science of AGW, now loftily called climate change. An expression ludicrously ignoring the history of climate variance such as the many ice ages and desert forming warming of many centuries since. My first and very amusing link is this from the excellent "Watts Up With That". Note his bemusement at this global warming expedition, with a gullible gang of kiddies on board, being cancelled because of too much ice!

Then the second story, on the same theme. Yet another self seeking clown stalled by the more powerful might of nature.  Finally, if you are still on board, pun intended, another link to Watts' blog, again with fanfare suddenly muted. it seems they all need a few years to let the proletariat forget earlier dismal failures.

I'm also intrigued by the ridiculous guilt accusing SKY "ocean plastic" campaign. In reality just a massive abuse of their media outlets to harvest tons of personal data and leftie client base trawling, superior, assumed moral high ground publicity. Plastic in the oceans is horrendous. Adding to the  centuries of human excrement poured in. Muck now literal shit and metaphorical. nature gets its own back since we re-consume much of it factory trawled across the seas.

So as the second teams of producers, presenters and recorded drivel by the now debauched main players, settled across the flesh pots of the globe for a month or so, we needs must allow ourselves a wry grin. The awful battles to struggle through now exasperated slum airports, that mimic the overcrowded departure estates of European decay are but one factor in this lemming August, once July, stampede to escape reality.

Oddly enough only to find its still as much on board as their overstuffed, dodge the extra dosh for hold baggage, torn, cheap rucksacks and holdalls. The self catering Marmite and Tetley tea bag mini sacks forced on the children. I can tell you now, some 13 years since I remember the huge extra power settings to launch these campers into the ether!

Together with the odd minor celeb pretending their private jet was in for maintenance and looking as though they really didn't deserve to be on such a flight of decadent plebs! Such feelings of superiority dashed on the hot summer evening outings where many of those same passengers littered the streets of once beautiful villages now making Sodom and Gomorrah look like idyllic paradises!

All of this month these factors are ignored with the same effort any real news is hidden. Not least the successes being enjoyed by the Syrian Government forces and their allies. This back in June. More not easily found due Western embarrassment no doubt.

The Brexit situation only mentioned by the drip, drip of the remainer bunch, many who really do travel by private jet, fuelled by the vomit inducing nerve of the "effers"! Mind you the "Grandad's teeth fall out due to brexit" like crap isn't quite so prevalent just now. Nor the cacophony to force Mrs May from office. All on hold until early September.

This ritual will get us wondering who really was baking in the sunspots and who feels the need for some paint spray help. Thus the Summer will ebb, the old ways of enforced pessimism will be refurbished and the self inflicted miseries of a decaying, overrun Europe will once more hold centre stage.

Unless, that is, we are blessed with Anne Marie Waters entering centre stage. There would be some popcorn theatre. The left and right Establishment egos united against a glaringly dangerous, to them, charismatic dose of common sense. I wish! Enjoy the rest of the Month. I'll offer pictures of the ebbing, beautiful, rest of summer days!