How Muted Any Outrage.

Only One Thing The Next Parliament Should Do. 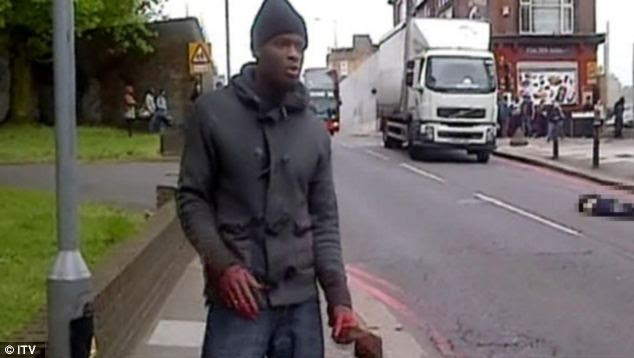 What a terrible, yet again, ghastly slaughter. Yet only one attempt to lay responsibility, indeed blame, at the doors of the real culprits. That, naturally not from a Western media source. Those rubber necking jerks, Bunter chief among them, just want to stoke up faux, meaningless grief.

Burnham style platitudes from people who began the dismemberment of our Nation, its culture and its security immediately after World War Two. Illegal wars, globalisation and enforced mass immigration nodded through by thousands of MPs without one shred of common sense. Their only concern to vilify the warning voices such as Enoch Powell's and in modern days, Nigel Farage.

Whatever this wretched General Election produces, I would ask, in an age of pretend apologies, Parliament debate a censure motion on decades of their dreadful failure. I want an apology for the terrible state our nation is now suffering. Bliar rich beyond imagination and 24/7 protection from tax payers beggared morally and financially from his criminal warmongering.

The scale of culpability, of course, goes much deeper and infected decades of all Government hue, post 1945. The Ismlamification now runs so deep child rapists are back on our streets, no doubt pimping even more children, at will and lucratively. Probably a source of funding for the armies still pouring into European Countries.

A multicultural society is the last thing these aliens want. Yet decade after decade MPs have supported these gross, barbaric aims. Our Establishment tip toe round the reality, the anger, the horrors of their creation. An apology followed by a severe redress would be the least they could offer the butchered, the grieving, the survivors.Indeed and all of us as appalled by political, apparently deliberate impotence, as we are the horrors being perpetrated on us all.

The careless use of the word British, or phrase, "British born". That is just carefully used language to pretend their Frankenstein creation of a backward, barbaric and self inflicted politically engineered disaster of a Nation is somehow all perfectly constructed. Just a handful of IRA style dissidents. Move along, nothing to see.

So let's here a howl of anguish from the real creators of the better side of our once great nation and a demand from the next Parliament a very big, humble apology for what they have permitted and done in our name. All of them have failed us over decades with their political correctness and gross misuse of any consideration as to the consequences now reigning down on us all, except a very privileged few. Many of them in politics and Westminster.

Can't say one man didn't stand out. An apology for denying his warnings would be good.

As it is, platitudes and yet more media run subservience to political correctness. Shame on them all. Especially those who have for so long dishonoured the title of honourable members. That will be most of them. As in the past, ever more so today.