When Can We Expect Some Decent Honesty. 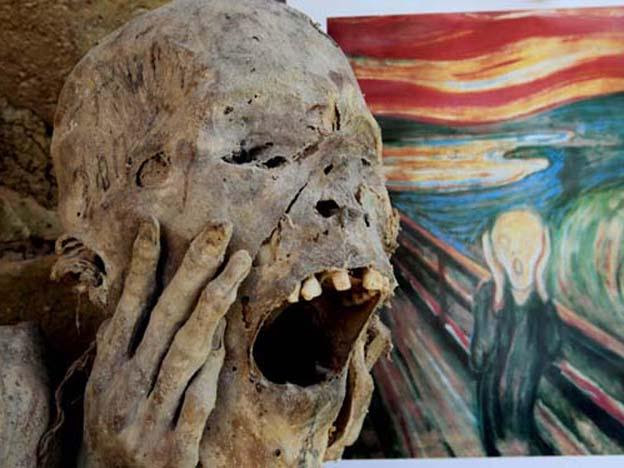 The picture above illustrates present day inability to get unbiased reporting from our Orwellian, Soros led western media. The latest and expensive onslaught is the chemical toxins employed or used or set off in Idlib Province. Discussed in this blog post today.

I fully endorse the sentiments bar one expressed in the post and in the comments. Debate rarely found outside Russia Today. Another mega target for bile and attack when its coverage has the temerity to question the propaganda from the US and EU. Have any western lickspittles shown the UN clip stating "the means of delivery are unknown"? How many links does it take to at least consider alternative scenarios? No war is ever sensible or rarely the right action and to be accepted.

All I scream out for is an end to the West's arrogant mantra that they are always in the right and no argument is to be brooked. Now, it appears, Trump is going down the road of all of the rest of the Establishment. Might even paint his face a deeper orange ere long. He should add a dose of gullibility into the mix.That or he's being blackmailed into toeing the line.

“Reports have stated that the attack was carried out through an airstrike on a residential area [but] the means of delivery of the alleged attack cannot be definitively confirmed, at this stage,” he noted."

So why is the West hell bent on a nuclear holocaust rhetoric? Still, it could help do for Trump and Brexit, so why not? See why I used the picture above? All I ask is unbiased attention to alternative possibilities untainted by self interest, money and greed. An establishment divorced from drug running scams and free of cocaine habits governing their agendas.

Remember Saddam's gassing of the Iraqi Kurds way back? Little condemnation for that, was there? As for "moral high ground, think on Mosul and the American track record when necessity is deemed the way to go. We really need a swamp to be drained. Seems Trump has lost interest.

Trump should listen to Ron Paul.
Posted by Oldrightie at 11:49