Here's One Of Them. 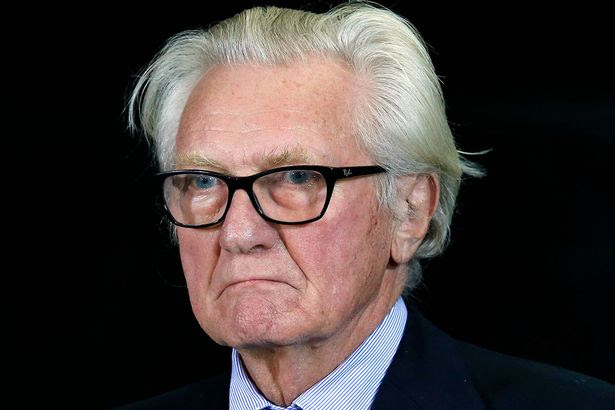 This man, along with many others from every rancid corner of post war politics, has presided over our spectacular loss of peace and a bloody, bruising world war. Among their many failures, legions of them, is an overcrowded, fly tipping nightmare of slums, disaffected millions and poverty stricken, indebted by trillions, multicultural hell.

The continuing legacy of careless, self interested Establishment tax theft now, as ever,
increased on the majority whilst leaving the highly paid, wealthy snouts of the "in" crowd firmly stuck to the trough. Note the pay award quietly pushed through for these cretinous and failed fools. No doubt a percentage added on to alleviate yesterday's tax rises for the Eloys such as we, dear reader.

Brexit still hovers on an edge, no doubt with an army of Sir Humphreys beavering away at the PR scams to use to show why we actually can't leave the corrupt and despotic bunch still ruling over us from Berlin am Brussels. How the decades of cheating, taxing, lying folk in Parliament and Whitehall get away with their nastiness never ceases to amaze me.

As for their repetitive, boring, poverty making, budgetary tax raising history, Hammond has just aped Snot Picker Brown with a raid on dividend income. So low savings interest rates are to be joined with lower returns on investments and inflationary hikes and devaluation by quantitative easing. The scum just are so desperate we none of us have anything not the purview of Big Brother.

So as these slobs in The Lords live the life of Riley, at £300 pounds a day, perks and scams, we have to stand by being raped of all we own to fund them. Then the pathetic fools demand we do as they tell us. it surely must end one day, mustn't it? or are they really so powerful they can see the rest of us gone?