Our Revolution Must Go On.

Labour Party Must Be The Next Big Casualty. 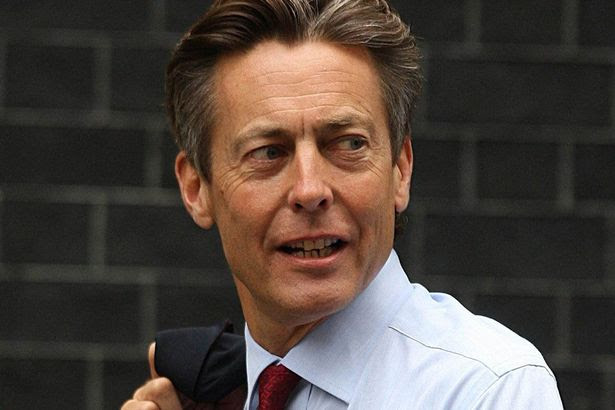 I am sure Tracey was fully briefed not to upset The Don on her visit to The Oval Office. An Office now prepared to respect a bust of Churchill, so casually dismissed by the token previous incumbent. All the hoo ha still reverberating over this wonderful, "stunning" victory for the real people of America long overdue.

As was the Brexit triumph of common sense over a mighty cabal of global self interest of a powerful, corrupt and long lost decency. However the might, the sheer greed rewarded power of the Establishment, still in thrall to the butchers now hammering the people of Yemen, is a chilling force of decadent nastiness. It is a weed of self entitlement and bribery reaching far into the deepest cracks of evil now rife among those with great wealth.

Bradshaw, above, for Oldrightie, is the embodiment of those such as he bottom feeders desperate to rise to the richer waters above the murky depths they are employed to circle. As The Don puts it, "time to drain the swamp". That is all of them scattered throughout the corporate, banking, and political crooks and drug trading gangsters. The people happily funding terrorism wherever butchery of fellow humans can turn a profit.

So as we face a huge and bent backlash, as Osborne signs up to sell swathes of secrets he has on the UK economic status, for personal membership of the global elite, we have much to fear and much to do to thwart and defeat them. To sweep away the whole, disgraceful LibLabCon mafioso in one referendum is proving very difficult.

As the UK Civil Service mandarins push and moan, warn and influence the present Government. As the likes of Branson cry like infants, as their pet spider leg pulling off nurseries of horror and cruelty are threatened with exposure, we have to see off a major scalp to slow and shock their arrogant complacency that they will stop us leaving their club of fools.

Right now the most vulnerable and likely most treacherous target has to be The Labour Party in its entirety. We must not be fooled by those pretending to be oh so worried about our Nation and its people. It was Bliar and Brown who kicked of the mass immigration programme. That part of an EUSSR plot to destroy Nation States. A plot still dangerously close to completion.

Remember Bradshaw as a poster boy for years of left wing equality clap trap whilst they played violins atop The Houses Of Parliament. Snotty wrecking the UK pension pots of millions. Remember PFI, now coupled with overwhelming demand, the IEDs now destroying our NHS. Don't forget the stupidity of education policies that have reduced degree studies and awards to nothing more than minor achievements given to all and sundry. Except of course to their own kith and kin. Then nepotism is the watchword at all our expense. Hypocrites now led by a shuffling. awful throw back to Stalin and Lenin with not one single strand of leadership in his entire DNA.

So, like all animals when up against a powerful enemy. We must first destroy the foot soldiers and the lower ranks before we can lay siege to the fortresses and manor houses of the puppeteers.  Bradshaw and Bryant are but two of the lower orders we have to go after. Their treachery and selfish nastiness like this hitherto unheard of moron, Heidi Alexander of bandwagon notoriety. If we as a nation cannot see off this Party in its present disarray what hope have we of winning the war against the global elite?

If, God willing, we can see them fall, with help from all of us with some semblance of political acumen, then the coming years could see a falling away of military conflict, internecine terrorism and the whole panoply of violence. Violence presently seen as the daily victorious solution at the expense of all humanity. Not because all of Labour are gross but because most of them are hypocrites. Not deplorables but easy to deplore, with their holier than thou, my way or no way blinkered bigotry.

Get Labour then the rest might wake up. Including the now heavily discredited liars in the MSM. The LibDums already a rump of barely two hands to count on should be relatively easy after labour's destruction as a political entity. Then we would have a clear sight of Tory targets who could be outed as only for themselves. Even the might of the Civil Service drawn into the firing line of a pissed off public.

It is not right now, nor ever will be, easy. The French Revolution, along with the Russian overthrow of the elite was marked by atrocious and barbaric acts of revenge. However in the modern age the overthrow of the elite need not be too bloodstained, if at all. The Don's victory shows us that. Nor need we fear billionaire supporters if they can use their wealth to target an elite they too despise.

Just  look at his first days as President. So far nought but heavy criticism, backed up by reason, of the elites we have so long been forced to kneel before. None more ready to accept subservience than Baz Obummer. For the sad, deluded fools who still regard this monster as a savior of mankind, check out his reign of terror in Syria and Yemen via his backing of the Saudi tyrannical use of huge wealth.

However, let's not get greedy. Stoke on Trent would be a minor but significant skirmish and a nice little notch on the post of we Brexiteers and champions of freedom. let's not kid ourselves. Brexit is far from underway and we face terrible and secretive forces to overcome.

Also why we need to struggle in this video below. With thanks to RAC.