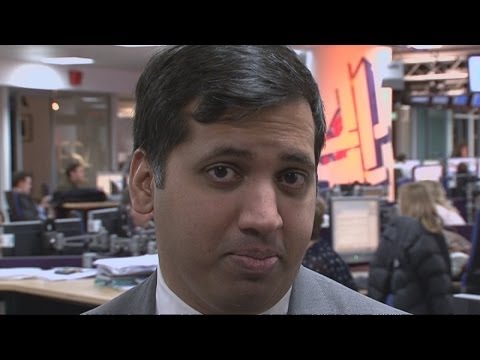 The pathetic fight back pillow fight includes this kind of shite. The glee with which this bloated piece of MSM excrement relishes every scrap of apparent and manufactured crap emanating from the over fed media scum such as he is woeful and ridiculous. His face pumped full of foie gras and rich food, to smooth his lies, is a sight to behold.

His mate Adam "I hate peasants" Boulton little better in his joy at the possibility of ordinary peasants gainsaying the might of their powerful and expansive bellies grown fat on their fake news lies is just hilarious. These pair just carbon copies and pale images of their Pravda BBC clones across the road.

These two just a small example of the legion of media hacks desperate to be the news rather than spout it from auto-cue editorials. Everyone of them but a joke beyond mirth. That last remark based on the horror their oh so credible lies perpetuate across the globe. No more so than their presentation of so called facts from Aleppo. Try this brave alternative reporting.


This dear woman is telling it as it is. I hope some piece of CIA work isn't commissioned to see her killed as an irritant to the likes of Obummer, Killary et al. Just listen to her carefully. She is not bidding for some luvvie reward, she's genuine and for real. If yo follow my blog you will find this understandable. Sadly these home truths will not get big exposure. Look, it's 18 minutes long and worth every second in its truth.

These lies, exposed in this superb broadcast, are identical to the lies fed to us over Brexit and show the same vilification of Trump we have been fed for many, many months. Don't forget the bullying nastiness by Obummer and his mates of Trump at a Washington dinner as we witnessed here.

The EUSSR and our desire to leave is subject to the same nastiness this glorious lady speaks of in Aleppo. The evidence just today shows the rebel factions being allowed to leave. I tell you this. Letting these savages depart is a decency I would find hard to muster. I hope you have listened to all of this video above. It contains a decency totally at odds with that which our Government backed arms dealer puppets purport.

We need change. Brexit, Trump and now a possible victory for democracy in Syria, backed by Russia, are so important. If we fail in my lifetime to quell the shit propaganda now so prevalent. We must triumph or face billions of lives blighted and the human race finished.