Is There Really A Leave Campaign?

The Growing Evidence Seems To Imply There Is Not. 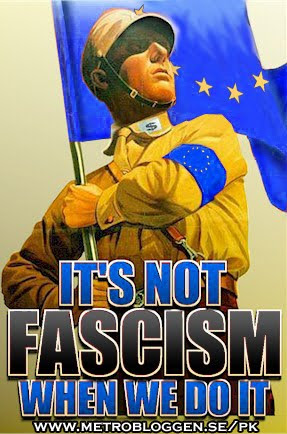 Take this article by Dan Hodges back in February. In this piece we read;

"As a successful businessman, I don't think I have ever come across two individuals less equipped to run a campaign than Elliot and Cummings. I wouldn't put them in charge of the local sweet shop." Arron Banks on his allies.

Prescient or what? As for Boris, well he's chosen to hop on a bus to nowhere in particular. This referendum is controlled and being manipulated through an already prostituted media and its Establishment mesdames in the EUSSR brothels.

Cummings a nonentity chosen or even volunteered as the man to clobber Farage and keep UKIP out of any limelight or studio debate. More evidence from February. I cannot escape the feeling this selection of "vote leave" was made with glee by Government shysters aided and abetted by Downing street.

Like so many deeply felt, public issues, such as capital punishment, mass immigration and multi cultural failure, together with the awful spectre of complete control from Berlin, via the Brussels façade , this referendum looks ever more as big a charade as the mythical reforms trumpeted by that cretinous liar, Camoron.

Why Farage and UKIP were not given a major role in this vote has to be a deliberate stitch up. A likely already 4 million votes to hand, were UKIP to have had a bigger part in the official, therefore funded, preferred grouping, just highlights the whole dubious business.

How little drive and forceful reasoning has been proffered. Despite the blatant lying and deceit by the "remain" crowd, orchestrated by Camoron. A man smirking with the certain knowledge it is and never would be allowed that the public would really have a say. I suspect the nomination of "vote leave" and a head Fred in Cummings was just belt and braces at our expense.

Were you to ask 99% of the electorate who Cummings is, they wouldn't have a clue. As for Boris, post the 23rd bet you he'll be back in the fold, quietly rehabilitated as a good chap for pretending he wanted to quit the EUSSR. At least this is how I feel.

Like all things EUSSR, we are nothing but cannon fodder. The euro zone economy is a basket case, mass immigration and Islamification unchecked. Post the referendum we shall face joining the euro by 2020. Discussed back in 2014.  The EU armed forces and riot police already a fact. Millions of migrants, mostly illegal, are choosing their preferred countries of destination, yet that publicity is only given a humanitarian slant. The material to sway this vote is massive but unused. Just as the riots in Greece and France go mostly unreported.

Yet none of this is given any prominence in a manner that would alert the somnolent, dozy public. We are finished and who am I to suggest it's no more than we deserve for decades of selfishly ignoring this Federal States of Europe's creeping eventuality. An ideology hell bent on turning us into little more than a Walmart monopoly. A place where only devalued, converted to euros, pounds will  usable.

It will be a horrible place to be imprisoned, this EUSSR. My only hope is the likes of Camoron will also be made to suffer with the rest of us as their dreams of high office in the Commissariat are dashed. The future heads of the EUSSR will be German and only German bar the odd Austrian, maybe. Likely some non-entity with a silly tash.