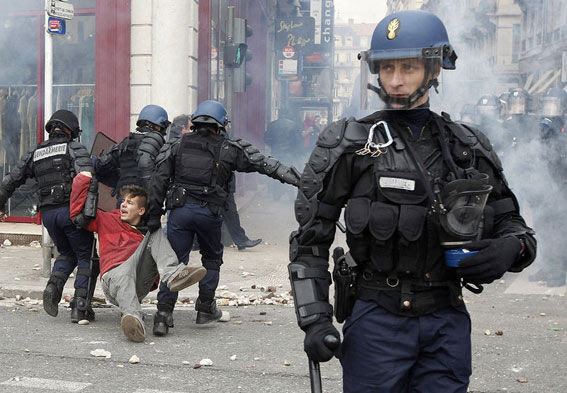 A vote leave supporter on his way to an education facility. Probably in Turkey.

So absorbed in themselves and desperate to play the politically correct trump cards these idiots in Brussels wouldn't recognise a security risk in their midst wearing a suicide vest. The same moronic bunch who will probably think these terrorists would never use a nuclear weapon.

Even worse than their bureaucratic expertise in incompetence and self promotion is their pretence at having a single clue as to the vast numbers of Trojan cavalry already occupying the very HQ buildings of the EUSSR in Brussels. Veritable stables stuffed to the rafters in manure.

One thing so far in this referendum campaign is the failure of any really hard hitting shots into the empty nets of the "Remain" credibility. Europe is ablaze , women are at the mercy of ignorant, ill educated hordes of racist barbarians and our very cultures and histories are about to be thrown on a bonfire of EUSSR Commissioners vanity and hubristic idiocy.

Project fear is fearful itself. A dark evocation of George Orwell's nightmares.