The EUSSR Is Built On Lies, Greed And Lust For Power 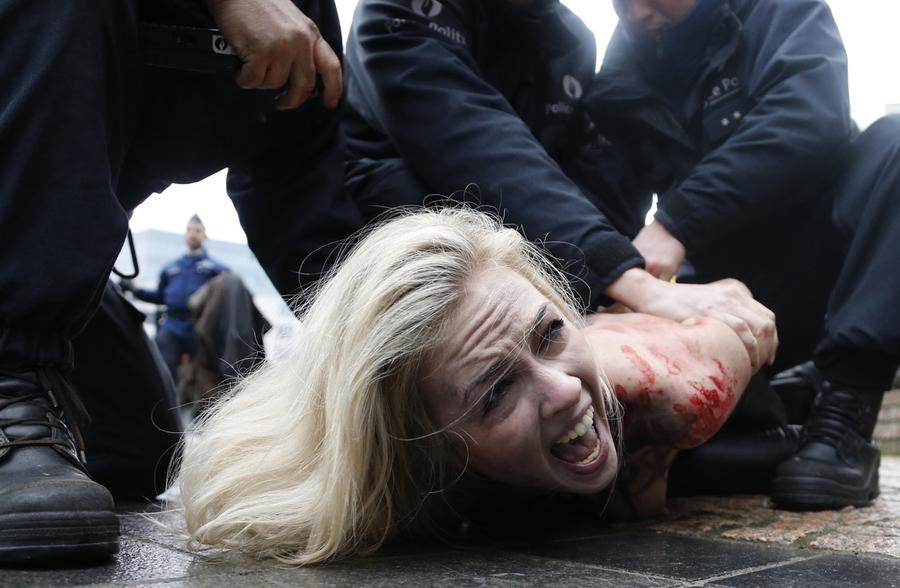 My first link is by someone I admire enormously. The empty nature of Cameron's pathetic, weak fictional "deal", is academically and forensically demolished in that scholarly post. What leaps out from any serious consideration of Cameron's rhetoric, is the similarity with Wilson in 1966 and the odious Heath in 1972's. As we can study in this piece.

All of the mighty but shadowy interests and conspiracies behind the scenes and known from Cabinet papers released since, so not theoretical or paranoid ignorance, are once more in play. This referendum will be manipulated, twisted and funded with billions of EUSSR ill gotten riches.

As for the media input, it cannot be any coincidence Murdoch increased his ridiculous wealth and power with a huge slice of our tax revenue handed meekly to the EUSSR, just last 2014. Woe betide any autocue readers who dare let slip any pro-leave comments. Be they PBC luvvies of Sky News amateurs. A nice little lump of dosh to the American GDP, too.

Thus we shall see a massive weight of propaganda and obfuscation employed to batter the airwaves and our senses into submission. Already Cameron is showing the way. "Leap in the dark", loss of security and a host of scaremongering lies based on no knowledge of what the future may hold. Just as with the effort to force the euro on Britain, the ridiculous failure of the ERM debacle. Freedom from which kept us very safe indeed from the economic nightmare which now besets that corrupt Imperial joke that is the EUSSR.

A further major counter, by the slavish, boot licking remain lot, is border control. How daft it is how the cretins say we need to be in this club to make our borders secure. That in the face of a Schengen policy now leaving the Continent awash with poverty stricken beggars by the millions. Interspersed with DAESH foot soldiers in their thousands. We'll find ourselves as much in need of Russian forces as Assad and Syria to have a chance of stemming these fanatics!

As for controlling and protecting our borders. We managed very well, thank you, in the Battle of Britain. Also begun in June! As Demetrius also highlighted, 23rd of June 1940 was also a possibly prescient date in Europe! Let's hope the lies employed will fail as eventually, at least for seven and a half decades.

However there are other factors which are way outside all but the political anorak world. The rump of the ignorant masses, totally incapable of following the critical importance of the reality of what is planned, will be those targeted by the Establishment. Targeted with bribery through fear, nannying and sheer, blatant lying.

Well, here is a fearful proposition. The EUSSR is a nasty, vindictive bunch of dictators. Whichever way the referendum goes we in Britain will face a dreadful onslaught from this dictatorship. I suspect already a narrow margin for "stay" will be engineered. The chance of a genuine, resounding leave vote is nigh on impossible. Remember the dubious Irish vote. One which was forced to be done twice to achieve the desired result for the scum in Berlin/Brussels?

My picture is a visual "metaphor" for how this referendum will be run. However, let me continue with more of the Cameron scaremongering.

He never fails to miss an opportunity to push the Corporate America jealousy of Russian influence. Tells us that outside the EUSSR we would be somehow gobbled up by Russia. Yet outside the EU cabal domineering bullying, we would be free to do trade deals, energy deals and a plethora of advantages as a favoured partner of such a vast and growing State.

As opposed to obeying the "diktat" of EUSSR imposed sanctions on that Nation. A Nation doing a better job of bashing terrorists in the Middle East, standing up to Mafia run American corporate gangsters and their grossly corrupt banks. A plethora of information available. That huge potential volume of information can surely not be wrong?

As for other possible trading partners. We would be able to offset the ghastly nature of protectionism run by the US/EUSSR bloc. Trade just one weapon of this unholy bunch.  Bring business to the EUSSR table as bargaining chips to offset the vitriol our success on leaving this gang of thieves would engender. That of course assuming their dirty tricks and bribes fail to prevent a "leave" vote.

Though there remains vast subjects and reasons for leaving, I will close with this talk of security being lost in a troubled world. Can anyone, with a straight face, say the mass migration now blighting the Continent is not a huge security threat? Is not the awful frailty of the EUSSR economy a fearful threat to security. The funding for controlling the hordes of immigrants just not available.

Indeed our membership has already forced us to shell out to bail out euro failure. All kept very hush, hush. How did this pan out? Or how did this other debacle end up? More inconvenient consequences hushed up. So when Cameron et al bang the drum for "security" step back.

So, history rears up in our faces. Lies got us into this Federal Union of gross ineptitude at least twice in the past. The EUSSR machine is now more blatant, powerful and nasty. Bribes and "mates rates" on the table for all those happy to take the Judas route to oblivion and the nearest "potter's field". Already Cameron, as shown above, has begun the bare faced lying of the past. Maybe truth will be third time lucky and prevail.

Will this Federal Union fall and burst open to spill its entrails? Whatever the outcome of the referendum, my belief is it will still predate the collapse of this economic disaster its criminal foundations deserve.