Gets You Few Brownie Points. 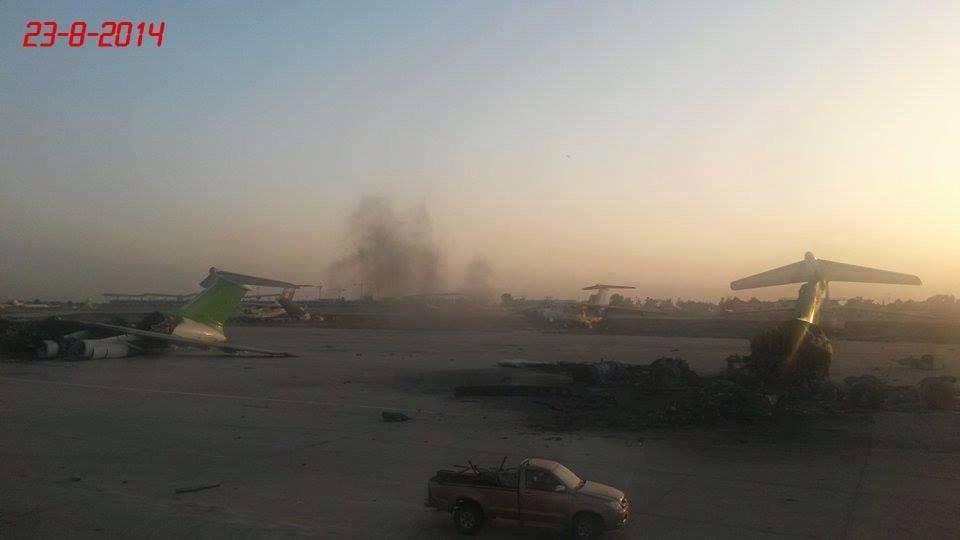 Tripoli after a brief stopover by Camoron.

On the first day of lightning visits to Syria, our Dave is probably already arguing about when to fly triumphantly into Damascus, sidelining Obummer and Putin at the same time. No doubt with the same blinkers used to visit the scene of his, well Dave's and the dwarf Sarkozy's, murdering of Gaddafi. Does he wish to be the guy wielding the knife in Assad's back?

He sure as hell is acting that way. Perhaps contemplating the untold riches he expects to garner, in the fashion of his idol, Bliar, from vainglorious bloodletting. What need of care for the safety of the UK's citizens when millions will be borrowed to cover his personal protection, as he collects the proceeds from slaughtering the "right" people. Such as those "right folk" threatening the butchers of Riyadh.

Why bother when the UK's cities become further mired  in the slums patrolled by religious police and drug fuelled gangsterism. Surrendered to the very scum he pretends he can bomb into oblivion. All of yesterday's blathering theatre omitted any mention of our Dave's diplomatic and glaring success in Libya, did they?

A success which has paved the way for a safe haven enclave and business centre for the furtherance of profitable terror. No doubt chosen for its ease of access to Turkish shipping en route to Europe. A place for the secretive fixers from all over the Western corporate and arms dealing fraternities. Anyone who believes its only Erdogan milking ISIS business is a fool.

Maybe not Russians, other than those who fled the USSR with their plundered spoils. After all, Putin won't look kindly on any such treasonous activity when its Russia getting attacked by these mad mongrels who contaminate the human race.

Wherever this whole mess is taking us, I for one would relish the fall from grace of the present day Common Purpose, stench ridden Establishments of the West and their American Corporate godfathers. Folk so steeped in the darkest corners of depravity and greed they make scary puppet masters of the likes of Camoron and his ilk. Those from all sides of the UK's dismal and selfish political Establishment.

I have no truck with the stupidity and irrational, immature nature of socialism. Yet surely we have lost any hope for a better future when it takes the likes of Corbyn to lead the moral high ground? The justified vilification falling round the old, millionaire scum of the Labour Party with their selfish attacks on their leader, pathetic support for warmongering and sour grapes whingeing for the old days of total hypocrisy, is actually fun to watch.

Fun if it weren't so likely to irreparably damage the future of a United Kingdom already a laughing stock for its pretense of global power. A Nation awash with millions of immigrants swamping services, roads, housing, education and an NHS consigned to being a dumping ground for every ailing, sick human being on the planet. Add the hidden, growing army of IS fanatics, their adjacent Trojan horses from Turkey and our Government's willingness to build those horses with home grown "apprentices", is beyond satire.

No matter. Dave and his blood brother Tone, as I've already mentioned, will get their security paid for in millions by the rest of us. We can but hope history will overturn their lenient sentences, as has been done with the murderer, Pistorius. Another spoilt, narcissistic brat cut from the same bloodstained cloth as any despot, past or present!

I see only arms dealers saw little fall in their stocks and shares today.