Seems World War 3 Is Underway In All But name.

Led By America's Dismal And Corrupt Mates In Ankara. 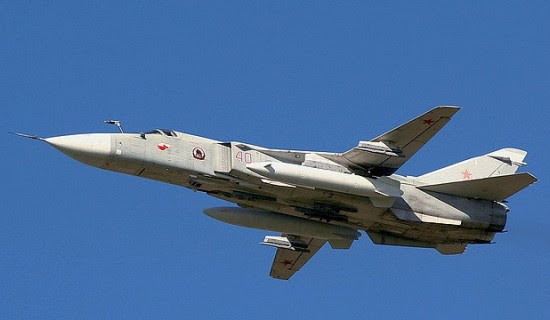 I have over the years of blogging always referred to East and West politically as standing for America and Europe. together with the likes of Australia and New Zealand. The East mainly Russia and her old USSR States now a disparate group all being vied for by others. In that pissing contest, Putin and Russia really did cast their waters further and secured Crimea back in the fold. To the apoplectic fury of NATO and Obummer. Now I feel the use of "West" or "Western interests" refers purely to America. So under the thumb of America is the West per se. None more so than the EUSSR States and the UK.

Thus as, described here, in a blistering exposure as to how the Americans do business, you can bet the dead hand of the CIA arm of Corporate America is deep in the bowels of this shooting down of a Russian bomber. One more likely, as a support for a legitimate but unwanted, democratically elected, President Assad, to have been legally in Syrian airspace. I would even go as far as suspecting some aiding and abetting of the loss of the Metro Airbus. As I always have felt about the shooting down of MH17.

That Raedwald is correct in his summary of the Erdogan family's billionaire, grasping greed, I have no doubt. Certainly it will be along the same lines America looks constantly to use the carrot and stick approach for their own agenda for world domination. The carrot, facilitated massive wealth, the stick, blackmail. Worked a treat on Bliar.

So the turning of a blind eye to trading with ISIS by their bought and paid for pals, such as Erdogan, is of little thought or care for the consequences of a World and a Europe now in the grip of fear and dread. A state of affairs engineered by America's preparedness to worship the ends which follow these gross and nasty means.

Related to all this is the pygmy strutting of Camoron and Snorty Ossie's rhetoric, to send our minuscule Air Force, hardly a force anymore, into Syria. Uninvited and unwanted by the legally elected Government. Just a rather limp and pathetic edict from America to jump and saying that the tiny little hop will be plaintively offered as the best we can muster. I had to smile when Snorty told Marr last Sunday we needed to punch our weight in the World. Brown paper bag manufacturers trembled at the potential loss of a few hundred of their products.

How much happier I would feel if the billions about to be pissed up the wall, yet again at the quiet threats from Corporate America, were earmarked for welfare and social provision at home. I note the fanfare announcement in the tame media of billions for American arms  to be spent in a so called war against ISIS. Strange how this "war" is to Americaa boon of some value.

Their only real competitor in the global arms trade has just lost one of its high profile fighter bombers to an American bandit puppet in Turkey. Funny that! Add to all this chaos and mayhem the constant flow of Trojan Horse migrants now marching into Europe and it begs the following question.

When these terrorists begin to kick off as in Syria and a multi faceted civil war breaks our across the Continent, will we then choose which side is favoured for a bombing campaigns, according to the corporate advantage to be given American interests?  Of course we will. Let's hope refugee sanctuary will then be offered by Russia to the mass shift of white populations looking for a safe haven!

I do have to wonder why Camoron and our Government are acting as they are. Doesn't feel any intelligence or wisdom is involved. Indeed it feels like Iraq and Libya all over again. Led by the nose to please the American Corporate spivs. In my book our Planet is threatened every bit as much by America as a rogue State as any other despot led regime. Turkey in particular.

The loss of a Russian airliner and now fighter bomber something to be feared as to the consequences of what is really going on, well out of the earshot of those most likely to be ruined by it all.