Who Fired The BUK Missile?

Who Dreamt Up The Idea? 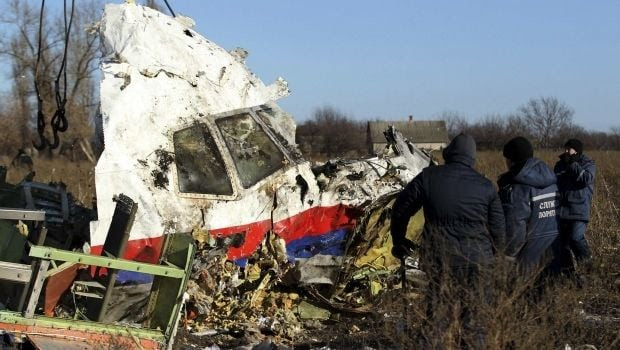 The Dutch report, published today, gives little evidence as to who was behind this dreadful event. However the lack of direct finger pointing tells us much by omission as anything that might have been manipulated. The silence from Washington, Brussels, Cameron and Kiev today fascinating.
Here are a few observations from an old aviator. The idea that somehow flying 1000 feet above a no fly zone was somehow a safe place to fly is weird. Why did the Ukraine ATC nod that route through? Why, since both sides have/had BUK missiles, was Western and Kiev claims regarded as having efficacy and Moscow's evidential suggestions dismissed? I would have expected an unbiased investigator would have looked at and reported any findings related to all evidence offered.
Given Russian claims of the location of a BUK presence in Government controlled position were locals interviewed? If not why not? Forgive my scepticism but there's more than a whiff of "climate change" propaganda where facts, inconvenient evidence and unchallenged arguments allowed prominence. Contrary findings quickly supressed.
It seems, in the modern era of politics and global issues, the American/Western propaganda practitioners are more like the old cold war USSR clumsy and obvious efforts. Putin more credible today, as we believed the West were post WW2. A fact possibly to be seen in regard to Syria and the ludicrous and dangerous money lavished on so called Assad rebels. A dismal failure and costly to all but ISIS.
Given the unlikely proof of CIA/Kiev involvement in the bringing down of MH17, I regard the perpetrators as seemingly untouchable. Unlike the perception peddled by The West that all the proof of Russian backed rebel action is in house and irrefutable. Should evidence actually arise, or become available, of Western involvement, would the shock horror be manifested? Only time will tell.
One final suggestion, ask yourself who had the most to gain from global condemnation of Russian backed involvement?
Posted by Oldrightie at 19:27