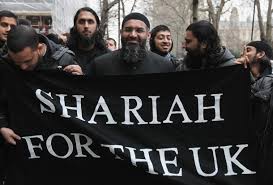 Harman is such a two faced, gross individual. Look no further for the "land of milk and honey", "streets paved with gold" implantation in migrant "swarms' minds and perceptions. The whole mess can be laid at the door of Bliar's 1997 victory and the sheer, blatant embracing of EUSSR policy to destroy Nations and replace them with an unelected, corrupt EUSSR oligarchy.

Since this also gelled with civil service ambition to open up new, lucrative career paths in a Federal Europe, it was embraced and implemented with alacrity. Over 13 years of treacherous time in power Labour sold this nation's hard won freedoms for less than a few pieces of silver.

Mind you, immigration, post Enoch Powell's prescient warnings has been kept very quiet during many elections since. Only the slow, snail's pace realisation by the electorate, as towns and cities have been swamped with alien cultures, burgeoning poverty and overcrowding, has allowed the Establishment to get away with cultural genocide.

Our Establishment can call a thousand Cobra meetings, wring their ineffectual, weal hands and whinge endlessly, it's all their own making. As we are exposed, with unavoidable, highly visual disruption, huge economic losses and get ever more overwhelmed and under siege, from battalions of young, illiterate and grasping migrants, our Establishment is panicked.

Panic not engendered by the hundreds of thousands at the door but of the awareness by the electorate of their stupidity in letting this come about. Ask yourself this. "Since we spend many billions on foreign aid why are so many of the countries benefiting from such huge amounts, still see so many determined to bugger off elsewhere. Mainly the UK?"

In the meantime let us not forget the present and ongoing reality of these imported cultures. Misogyny a major one. Racism another. Asian grooming gangs concentrated on the abuse and brutality of white children. The rise of mega slums and estates populated with disaffected and unhappy migrants. Rootless, aimless and with an ingrained sense of alienation. Emotions deeply rooted in our need to belong and embrace our roots. Emotions that still haunt American society and which our Establishment failed to recognise.

As for answers. A strict crackdown on migrant movement would be a start. Enforcement of international law and protocol on asylum seekers.

"There is no obligation under the refugee convention or any other instrument of international law that requires refugees to seek asylum in any particular country. There has, however, been a longstanding "first country of asylum" principle in international law by which countries are expected to take refugees fleeing from persecution in a neighbouring state. This principle has developed so that, in practice, an asylum seeker who had the opportunity to claim asylum in another country is liable to be returned there in order for his or her claim to be determined."

Additionally the language of "bleeding heart" media slavish obedience to EUSSR demands would help if stopped. Fat chance despite the obvious nature of well over 90% of those trying to force their way into the UK and thereafter join those already overwhelmingly here determined to eradicate our culture completely. How long before the British countryside is turned into North American style reservations?

If you think that is ridiculous travel around our towns and cities. Visit, if you dare, the many ghettos already harbouring pimps, gangsters and terrorists en masse. Places our political elite ignore except at election times. One of the most corrupt and notorious but one of many, From the horse's mouth. For measure a copycat elsewhere, Doncaster's Utopia.

All of this legion of social breakdown and future "Mad Max" times to come is inevitable. However strict, sensible, harsh effort to slow it down could be done. However convenient, fashionable, holier than thou, commercial and political compassion will rule the day. Condemning ethnic populations and migrants alike to a terrible destiny. I should be dead by then.