Does Corbyn Have A Point?

I Suggest He Does. 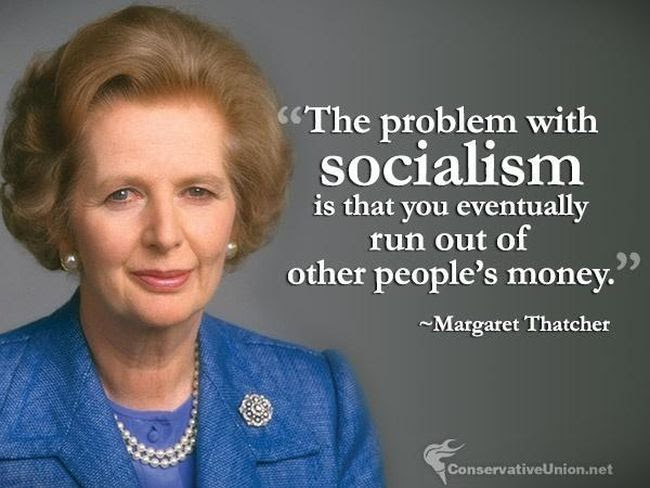 I hope my post heading and title have an impact or surprise coming from a staunch Oldrightie. I tweeted a question yesterday, "When did capitalism become corporatism?". That question leads on to today's post with regard to the possible victory for what, at first sight, appears to be a ghost from the past.

Yet, through the years, the Trade Union movement has held a significant left posturing, with a view to holding sway over government and via the gullibility of workers, gained significant wealth and power for themselves. A stance copied and manipulated by mostly American based corporate giants. So much so the battle grounds of ideology have, in my lifetime, become very indistinct. Virtually guerrilla warfare rather than open conflict, as was the past.

Such has become the obfuscation of political establishments, any electorate, purporting to be a free one, has been allowed to be slowly sidelined, as moral and serious political philosophies, on which voting considerations used to be made, by and large, have been watered down or apparently adopted by all sides of the debate.

Thus, in the UK, the Bliar Labour Party turned pink and were followed by the Tories, as the traditional colours were diluted, at least publicly,with each other. A development which has played nicely into the hands of the corporations and their henchmen in Government and the EUSSR. Gone is any pretence of fairness or distribution of wealth, via aspiration, as corporate favoured sons and daughters have become like the oligarchs who raped the Russian economy post 1989.

The term "fat cats" has never been more deserved than these past 20 years. In that same period the opportunities for bright and talented young people to flourish have dimmed. Without a political dynasty available to piggyback on or nepotistic connections to the top table, wealth and comfort or even home ownership opportunities, have deteriorated. If you do not become a slave to consumerism and dictated behaviour, then you and your families' lifestyle may well be compromised, as human existence unfolds, dominated by a privileged few.

Amongst those few are the political puppets strutting and posing their way around Europe. Unelected placements and supplicants to the worship and church of Mammon. A despicable and unwholesome state of affairs and a global, foolish ambition, doomed to failure. One creating damage to Nations and populations on a scale reminiscent of military conflicts.

So when we return to the popularity of Corbyn's leadership campaign, is his position so remarkable? His slavish forelock tugging to the EU monolith is foolish, of course. Were he to return to those antipathies held by such as Michael Foot and Enoch Powell, to that despicably undemocratic bunch of corporate and American funded cronies, he might be even further ahead. Sadly he's blinded there by the faux socialism they portray, with their multi million euros a year PR protagonism!

Where Corbyn resonates with this Oldrightie, in the main, is his approach to utilities. Were these corporate giants to have been held in check, ownership confined to these shores by law and fair profits allowed, fine. Sadly they were consumed by the global corporate crowd and turned into weapons for domination and subjugation.

Ever since privatisation these oligarch producing companies have slavishly pushed the meme that exorbitant prices for the essentials of life, energy and water are inevitable. They have wrung their hands as to the price of oil leaving them little room for reduced costs. For all of us expensive, costly, painful lies. For well over two years oil prices have languished without any meaningful reductions in gas and electricity prices. Why?

Add to this the lies, misinformation and billions spent on "climate change" ideology used to burden us with guilt for just existing, has and will continue to cost us all dearly. Yet in this world of hidden dictatorships and their sly, treacherous political puppets, we have few, if any, political ideologies or individuals capable of helping us to rail against the seemingly unstoppable march of globalisation and suppression.

So here is the crux of my argument. Surely any possible saviour, in this now totally corrupt Western Establishment, will and should get, if not support, some credit for not toeing the line? If he were to genuinely seek to represent the electorate over the corporate, the genuine over the false and secure National pride, then future compassion and decent help for the real asylum seekers, rather than corporate displacements, designed to swell consumerist requirement, then his future may be less of a joke than the present, smug Establishment seem to believe.

Sure a lot of Corbyn's stuff is desperately out of date but not all of it. What a shame we don't have a full blown, right on Tory candidate. Dare I say it, a Baroness T? Maybe, just maybe George Osborne might step up but one thing is sure, David Cameron's pinkish garb won't do much to prevent a massive left wing swing. One that will wash away the New Labour deceitful bunch and which could even do the same for the pinko Tories.

As the now famous expression has it, "interesting times!"