Day in day out the vilification of Enoch Powell and his so prescient warnings, is shown for the Establishment's gross dereliction of duty to the people of this once Sceptred Isle was. All those decades ago the PTB and Common Purpose appear to have decided to dilute all of the good things the British people held dear.

Not least the deal done to repatriate the same Establishment's ill gotten riches.  From India and elsewhere, the Empire's polite rape and pillage was exercised. Perhaps the mass immigration was done as a way of hopefully creating a continuation of the subservience the PTB demanded of the subjugated. A subservience rapidly crumbling, post war, from the endemic people of the UK.

Whatever the self serving and unpleasant, nasty motivation may have been, we are paying for that incompetent, greed fuelled hubris big time. Anyone doubting the end result of post war failure to protect the hard won victory against Nazism need only watch in horror at the mass wave of illegal migration washing over the whole European Continent.

This human tsunami was created from the meddling and utter useless intervention in The Middle East, by American promoted idiocy, slavishly adopted by the European Federal wannabees. If that were not awful and disastrous enough the boy Cameron had to do an even worse job on Libya.

So, not content with the utter mess Bliar and Bush engineered, we have had to stand by and watch the crazy death wish of Western diplomacy, in the slavish worship of all things Islamic. Whilst Bliar conjured up imaginary weapons of mass destruction, Obummer and Europe have turned a blind eye to the reality of weapons of mass, illegal, migration. Many, many thousands of  invaders migrants joining the hordes already ensconced and bleeding us dry.

I suppose there is a bitter irony to watch our politicians, throughout Europe, powerless to do anything. So bound like Gulliver in their own human rights legislation and trussed up in the open borders rubbish, intoxicated by Schengen overindulgence.  The lack of any common sense, to stop the descent into eventual bloody chaos, pathetic in its impotency.

Is there no end to Common Purpose total imbecility? Greece forced to its knees whilst also condemned to the front line against the invaders from Libya and African, festering, gangrene. Germans now paying through the nose to keep the EUSSR Federal nonsense afloat. The UK, not even part of the joke that is the single currency, being bled dry by a world war fought with dismal and losing economics.

Of course solutions do exist. However for them to be implemented would take the dismantlement of all the Common Purpose, corporate run idiots hold dear. An Establishment so steeped in self interest, greed and vanity and a sense of entitlement, which makes "let them eat cake" seem a brilliant riposte to all the repercussions of such powerful, dangerous philosophies.

Still, sit back and watch how it all unfolds and marvel at the platitudes, confidence tricks and theft of peoples' incomes and savings. Just as Greeks and Cypriots have watched for themselves. Argue against it and get beaten up by strange, secretive forces, likely to have already operated in Athens and possibly elsewhere.

Note carefully this same force not deployed in Calais. Says a lot, does it not? 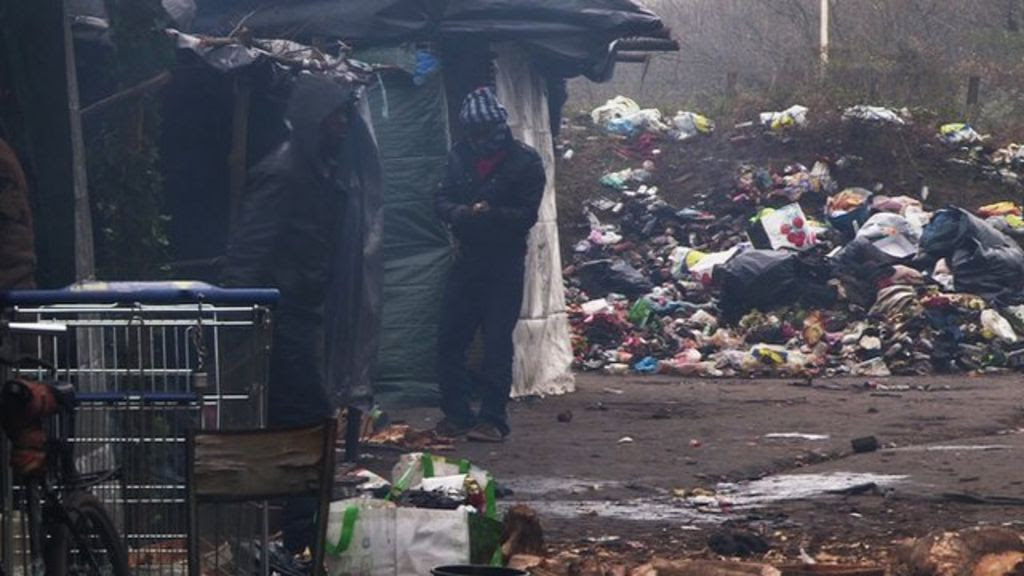 Calais shows us the future of Europe. As forecast by Enoch Powell.
Posted by Oldrightie at 17:50