A Turning Point In The 2015 Election. 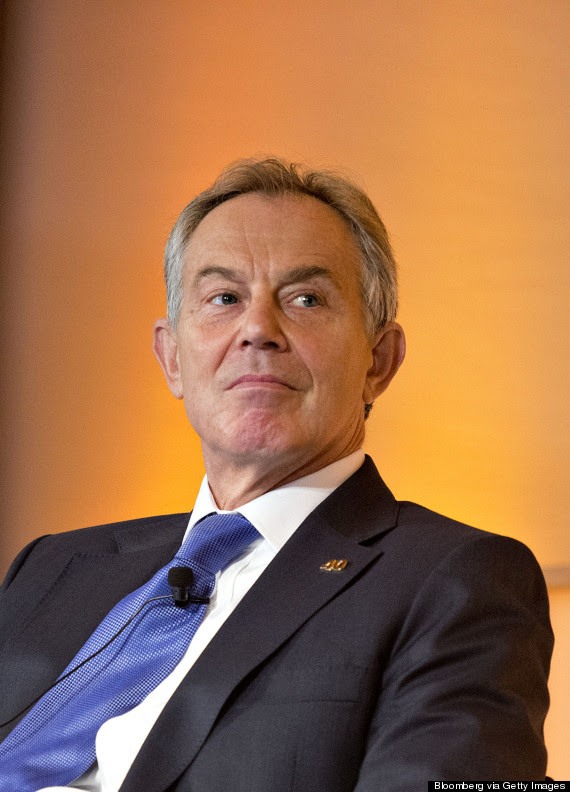 Labour must be worried their poll ratings are not holding up to bring on this yesterday's clown. Some grotesque error here. This is a man grown mega rich on the backs of the working classes, a closet bi-sexual, philanderer and friend of any despot prepared to offer their blood money to his port folio of ill gotten wealth.

How Milibad and the left joyously slag off those whose wealth is second or third generation, in their war on those not subscribing to the leftie mantra of smug envy and self righteous bitterness. Yet Bliar, Straw, Prescott, the weird Dromey (Harman) pair and those Welsh class war warriors, the Kinnocks are all heavily engaged in serial nepotism. So I guess embracing the war criminal and ghastly creature Bliar, back into the hierarchy and temple of hypocrisy that is the lofty pinnacle of Labour aristocracy, is of little surprise.

Furthermore, since the stench of Labours' two faced hectoring bossiness is so rancid and awful, the amount the extra heavy duty shoe scraping brought under the table by this evil turd should be tolerable.

Less beneficial will be the huge number of undecided voters who may well jump to the right to avoid further tainted association with a past awash with the blood of innocents. People laid low by the Bliars grasping fists and lust for riches. Some socialists. One wanders how many servants this gross marriage employs in the guise of employees?

Of course that agent of the EUSSR, Mandleson, will have had a hand in this. Their, his and Bliar's, riches inexorably tied to the enslavement of the British under a federal yoke, run from Berlin and Washington. We can but hope sense will flood over the electorate and sweep these treacherous has-beens away once and for all. The BBC with them, with luck!