What, Of Much, Is Not Being Said By Politicians. 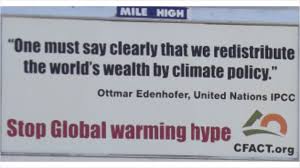 Link taken for picture from here.

The three big issues being openly fought over as we close in on the voting are the NHS, Immigration and the Economy. Suddenly and amazingly, we find that the main parties really care about these things, have an answer to them and are desperate to assume the reins of power so that they can get on with the task of dealing with them.

What we all know is that these complex issues will slide down the agenda somewhat when the winning group sees five years in front of them. Much will be run as always by Whitehall and the EU and common sense reactions to events. Situation normal. What will rise in importance is the prospect of an in/out EU referendum. The Scottish Issue will rumble on.

But the biggest issue that will affect the future of us all in the western democracies - by which I mean the USA and the EU - has not figured in the pre-election campaigning at all. The words that no one dare mention are Climate Change.

It used to be referred to as Global Warming and was coupled with the words - man made. This is the most dangerous thing our western societies are facing. The issue is on a track to destroy us unless we act to change things now in motion. And we can do so - we can make the change....but no politician will even talk about it!

Let me divert from this danger for a moment to reassure you that the world is not warming up. It has spent the last 17 years cooling down and no doubt it will bob up and down over the next centuries as it always has. Man has not nor can affect this - either one way or the other. It’s a long and frightening story that tells of how man-made global warming got onto the agenda but we are at last catching up with the gigantic fraud that has been perpetrated on the western democracies. Here are just a few facts that are now becoming clear-

Polar bears are not endangered - the Inuit are licensed to kill them to keep numbers as sensible. We have all seen the picture of the poor polar bear, starving and adrift on a tiny block of ice, about to be lost. The photo was taken by a lady tourist from a tour boat and if you print the full frame, you can see the mainland a very short swim away.

The Arctic ice melts every year and freezes every year. Always has - always will. Greenland has that name because it once was a great place to grow crops. The Antarctic is growing in ice cover. Al Gore told us the seas will rise twenty feet. Well, the Moon does that to them twice a day but the mean level change over the last few hundred years is measured in millimetres and is slower now than in ages past.

Under pressure from the eco-terrorists, the US Government has re-classified Carbon Dioxide as a pollutant. The atmosphere has less than 4% CO2 and without this as a practical minimum, all life on earth would come to an end. The bit that man contributes is about 1 in 70,000 parts. The so called greenhouse gases are 95% natural - nothing to do with your car or cow.

You have been told that the science is settled - there is a "consensus". You are being lied to. The UN sub-group charged with assessing the issue - the IPCC - blatantly ignores its charter to fairly examine and report. It has ended up as a lobbying club for a tiny faction of self- interested political activists. all on a rich gravy train of research funds and trips around the world to talk to each other. The famous 4 yearly reports are written and edited by just over 50 people. Only 4 are independent. The rest all know each other or actually work together in Universities such as East Anglia( the data cheats), the Goddard off-shoot of NASA or the Henley Centre, part of the UK Met Office. One chap even wrote 19 papers himself! The so called "consensus" is infinitesimal and almost without exception, are all paid to sing the song. Their chairman is a railway engineer and they include experts on Mexican frogs and motorcycle safety helmets in their number. The foxes are in charge of the chicken shed. Their hero Al Gore aligned himself with Goldman Sachs to trade in carbon futures (you may well ask) to make over a billion dollars. If you dare, read an expose by C Booker "The Real Global Warming Disaster" written in 2008. Things are worse now - you will laugh in unbelief, and then cry with fury at how we have all been made fools of!

So if the truth is now coming forward - and it is, then what is this Disaster?

The seeds of this disaster were sown in the height of the great global warming panic that took off in the 1990's, fired by Gore and others and the Kyoto and Rio IPCC jamborees. We were told that our use of fossil fuels was upsetting the world's delicate balance and it was already too late to stop the warming - we might just be able to slow it down and maybe survive! I am now going to give you another list - a very short collection of some of the things that are now in place and are set to destroy the western economies.

The Climate Change industry, fronted by the IPCC, set advisory limits on the amount of temperature growth that they thought the world climate could cope with, consistent with maintaining the style of society we value today. This is not a calculation but more a political statement. For example, they ignored the fact that the world has experienced warm periods before and that these had resulted in accelerated improvements in human progress. We know that there are net gains to be had from a warming period - better crops, less deaths due to weather, economies in fuel use - even growing wine in more northerly climes! These are ignored as sending out the wrong message.

To affect this control on temperature growth, the world at large will have to restrict its use of carbon based fuels. This is actually more than a halt in CO2 output growth - we have to step back to a level that we have already surpassed. The Kyoto/Rio world conferences were convened to agree the targets and then allocate the responsibilities for action - and to send away the nation's leaders to implement them. The proposal for all to share this task didn't even reach the agenda for discussion. The growing economies of China, India, South America etc were practically and politically locked into growth mode, desperately trying to catch up with the establish economies of the G8/democratic western nations. The third world did not even have anything much to give up. They were there to ask for help in increasing their utilisation of energy.

So everyone looked to the US and EU to solve the problem - after all, they had churned out CO2 for generations. Gordon Brown stepped forward and undertook to reduce the UK carbon output by 60% by 2050 with an interim target to be met by 2020. The US had finally joined the game and also tabled the number 60%. However, this was not backed up with any political intent - we had to wait for Obama to make his move to be the green president. The EU target was more modest. Frankly, these numbers were only relevant in judging who was the most idiotic.

The game was still in play. Ed Miliband as Brown's "climate minister" suddenly upped the UK number to 80%. This meant that we were signing up to using less carbon producing energy than we did just as the industrial revolution was taking hold. In the US this equated with the time of Abraham Lincoln. It was seriously suggested in the US that protesting against climate change legislation should be a jail-able offence!

Here in the UK, we moved ahead of the world and became the only nation to lock our Climate Change intents onto the statute book. Yes, we have committed all future parliaments to meeting our obligations as a matter of law - not parliamentary debate! When this came to the House for the vote, only one of the nations’ MPs passed through the NO lobby - every other MP voted for it. There must have been at least a few MPs that had taken the trouble to study what they were doing but only one had the courage to stand up and be counted. We know for a fact that George Osborn is not a climate change enthusiast but he slid through along with all the other sheep.

So we are committed to closing all our existing coal fired power stations - the process has begun and already we are being warned about power cuts next winter. We will be allowed to build carbon capture coal burning generation plants but the technology does not exist and we already know that it would double the cost of our electricity if we could do it - at least double it! We are now well into a commitment to build enough wind turbine generators to meet a EU target of over a third of our requirements for electricity. We will have to build 2 a day - everyday until 2020 - and we manage one a week at the moment.

If we manage to get these built, then the actual usable wind produced energy will be about 15% of the notional capacity. It’s a bit like the man in the Ferrari saying he will get from London to York in under an hour - because his car can go 202mph. The reality. He would be lucky to reach Hornsey Rise on an average day. When we have finished these thousands of turbines, they will need back up for calm days and they all could be met by one modern coal fired power station - at 5% of the cost. , by

Additionally, we will have to convert all - yes all - of our farm crop production from food to Bio-fuel production. Poor old Germany fell for the game years before we did. They have a program of closing down all their nuclear power capacity and have covered their land with more turbines than any other nation. By the mid-century, they will have had hundreds of billions of Euros sucked out of their economy and the effect of this has been calculated to delay the onset of a global warming tipping point by less than one day by the end of the century. Meanwhile, China builds two coal fired power stations a week so we are still going deeper into carbon output.

In the US, the Republicans will not ratify their Climate Change targets into law. The EU, with the UK marching at its head, has already done so. The rest of the world will not do anything except fall about laughing. Did you vote for this? Did you hear any debate about what we have done? The only hope I see is if the thinking media (and I do not count the BBC in this list) wakes up and starts to give courage to a few politicians. But much of the damage has already been done. Next year, the lights may start to go out.