So The Brits Will Ignore Reality And Get P***Ed 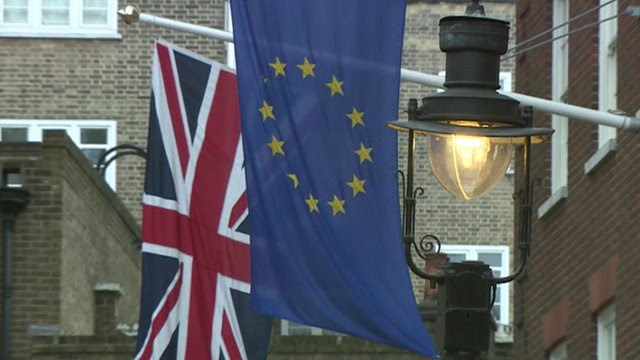 Subrosa highlighted this Guardian bit of relish. Relish at the ever closer completion of the EUSSR and loss of Nationhood. I then received this excellent piece reproduced in full. Sadly all the thick voters of the UK can do in a saloon is drink it dry. Thing is their cups and glasses will never be full ever again.

"An impassioned statement from Mr. R. Poulton. It makes an overwhelming case for UKIP at the next election. It IS serious, whatever our broadcasters think.

We are fast approaching your VERY LAST CHANCE to have a country.

UKIP is the only viable party that wants Britain out of the EU.  It won’t get elected unless people vote for it.  Some people STILL irrationally vote for Lib Dems, Labour or Conservatives (LibLabCon) and “More of the same” that has already destroyed most of what was British.  Clearly Britain's situation hasn’t yet become bad enough for people to be concerned.  When it has, it’ll be far too late.

The “Salami” style of EU rule, small laws quietly introduced over years, binding the rope ever tighter, has progressed without public notice - or protest.  This doesn't make it right or lawful.  The EU is entirely illegal and treasonous.  But it has with LibLabCon backing, quietly and constantly, brought our country to it's knees just as with Greece and other nations.  Think P.I.G.S. (Portugal, Italy, Greece, Slovenia)

What defining act from Brussels will eventually convince the British “doubting Thomas's” that for their survival, WE MUST GET OUT NOW ?

Brussels (German-Europe) is far too canny to over-play their hand and deal us a mortal mental blow, imposing laws that upset everybody at once!  All that comes later, when the shackles are just a little tighter.  We are nearly there.  Unlike WWII when battle lines were somewhere else, the Front is now in everybody’s sitting room.

It’s all part of the plan (ultimately, of the UN’s Agenda 21) to abolish all central individual European nations, for one central government in Brussels - administered through the previously national Civil Service and Regional Authorities, now already well established in all EU countries and ready for the whistle to blow!

These Regional Authorities as direct representatives of Brussels, constantly block plans by our local councils and are driving councillors mad.  One I know, has told me that a great many issues they want to implement are blocked.  The Region says “No”.  EU plans are now pretty well advanced.  Did you know that Brussels even dictates the colour of the signs we are allowed to put on OUR railways stations ?

So we are already run and ruled by Brussels - which is why BBC’s 'Wednesday in Westminster' is such a blatant pantomime.  Nothing serious ever on the agenda, it is just public theatre.  The public still know nothing of all this, of course.  Government themselves, through the TV and other media, intend to keep it that way.  Anyone who complains will be ignored, swept away, brushed aside or arrested.

The irony is, they make no secret of any of it and hide it all in plain view.  There is just so much of it, that nobody can take it all in.  The key to finding this frightening information, is in knowing how they think and speak and where they tuck the details away. A difficult process.

It would be wise to note that the election in May could well be the very LAST democratic General Election in Britain.  EVER!  Think about that. EVER!  Unless we determine to leave the EU NOW.  On 7 May this year.

The EU is banning national elections.  Did you know that ?  Only parties with representation in “a minimum of 10 EU States”, will be allowed to stand. That rules out "our lot"...all of them!

If the LibLabCon can elect representatives in a minimum 10 other EU States, then they will get into Brussels.  But Westminster and all the other EU national seats of government are scheduled to be history.  They will become mere site offices, whose orders come from Brussels.

Which is why they are closing Westminster in the Autumn, allegedly for “renovations and refurbishment”.  Yeah, right.  Westminster is to be redundant.  And so will British MPs.  ALL of them.  THEN, we shall live under a whole new ball game.  They know all this, but the public doesn't.

LibLabCon are Hell-bent on keeping us tied to Brussels and the unelected - noteUNELECTED - band of money-making crooks and psychopaths they are.  Any EU Referendum is 1) totally illegal in Britain and 2) will be rigged anyway.

Everybody ignores the fact that we are not even IN the EU.  It's all an enormous fiction.  The politicians have spun their lies about it for years and the public believe every word.  We have only to tear up the 1972 European Communities Act and we are free.  £55m every day back in our pockets, for starters!

It is in Magna Carta and the Bill of Rights that our governance cannot be signed away, spirited away or given away to anybody.  Why are the legal profession being so tardy about pointing out this fact? Embarrassment?  No.  It’s worse than that.  They are part of the conspiracy.

And don’t forget, if we don’t get out now, we’ll have an even worse Muslim problem to deal with, as well  -  purposely imposed by the EU.

So EVERY VOTE COUNTS  -  except where they find the fraudulent postal votes in most cities or trainloads of “lost” votes on an isolated siding somewhere.  We have the Indian and African immigrant electoral expertise to thank for that one!

Integration ?  Don't make me laugh! There's no such thing!

The 7th May Election is a “continuity gesture” to keep the peace, during all the “alterations” to our national and global status.  A sop, a pacifier, something to “stop the natives revolting”.

Only when you look at the bigger picture above will you realise THIS is your VERYLAST CHANCE to have a country.

Dont' waste your very precious vote - for the sake of your children and grandchildren!"