How Or Why Do They Take So Long? 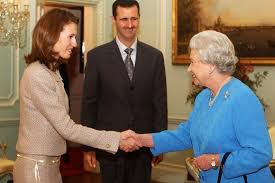 This link come with a warning of graphic imagery.

Now that a barbaric and ghastly group are mobilised, in the form of the most evil creatures ever to walk the Earth, against an elected Assad, the so called politicians in the West come to some sort of sense. Despite the front man's atrocious wig, one marvels at the manner in which these stupid, albeit powerful crowd act and pronounce.

However their contradictory behaviour does offer alarming conundrums as to the fact these guys have access to nuclear buttons. Add to that fact they see no peculiarity of interest in their negative and unnecessary antipathy to Russia with this sudden realisation that the Islamic threat to the rest of the world is very real.

A threat highlighted many times by Putin. Not least his backing of Assad in a tactical and strategic move to thwart that very threat. One now paraded in brutal and inhuman fashion on a seemingly daily fashion.

If we add the destruction of Ukraine's economy, via US/EU meddling and expansionism together with the mess that is now Libya, it gets ever more difficult to believe the current Western power-mongers have a brain cell or diplomatic talent in their ranks. Certainly those things are missing from probably the worst White House incompetent incumbent in history.

Still, were we to reconcile diplomatic differences with Assad and Putin, the World would be a safer place and likely a richer one. If only our self interested, corporate, banking and gangster driven cartels devolved some of their ill gotten wealth and stolen power, what's not to like?

As for IS, with Iraq doing well, Iran on board and bridges mended with Putin and Assad, some semblance of peace might fall over the blighted Middle East. Would give the Taliban food for thought, as well.