Is Putin Thick And Stupid? 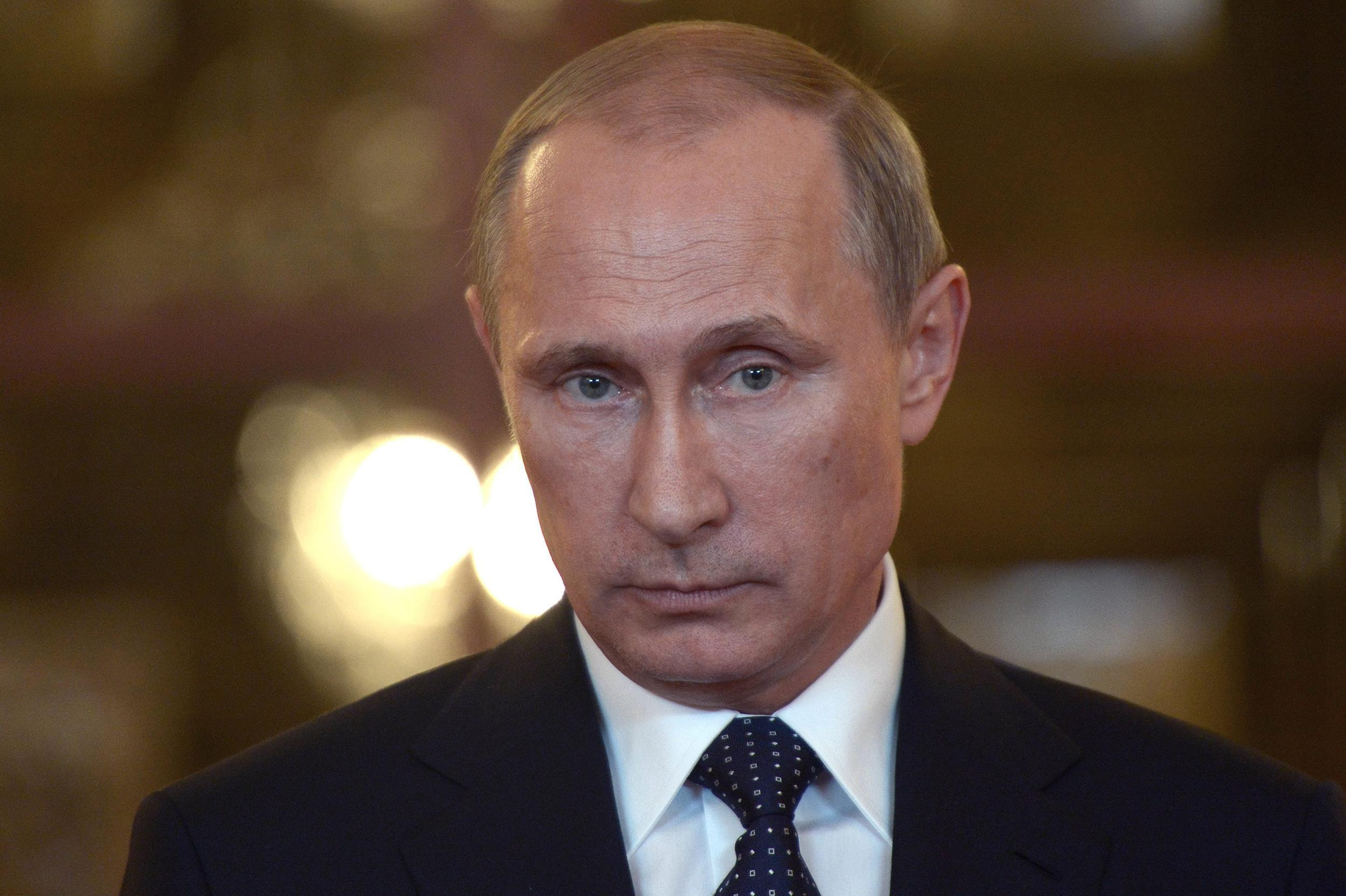 Those of you old enough will remember the "cold war" and it's peak time of dread for a nuclear holocaust. The Cuban missile crisis. Now this anti USSR sentiment had a degree of efficacy, since a Communist led, Stalin and Mao brutality was a fact. Hungary in the 1956 uprising a perfect example of the struggle for global supremacy between the West and Communism. Korea an example of China's mindset to dominate the Far East.

We can even place a degree of American paranoia at the feet of the US political Establishment as being a driving factor in the dismal, cruel failure to save South Vietnam from the Communist backed North. However we, as public citizens were never party to the huge wealth created for arms manufacturers during these times.

A wealth which has, in my humble opinion, brought about the collapse of the USSR and eventual watering down of strict Marxist rule in China. Sadly those benefits have long been squandered in a new, global conflict, fought through corporate and banking greed for a global dominance share of the world's riches by a "chosen" few. Not least the oil rich Middle Eastern Nations, so badly mauled by that very nasty covetous and domineering attention.

What has never been expected by the Western Establishments is how their casual abuse of power and the creation of an EUSSR expected to spread eastwards, would impact on an ever wealthier energy producer and vast Nation of raw materials and people, would react.

To compound the hypocritical actions of Western greed, this expansionism, so like Khrushchev's attempts to place warheads in Cuba, was then used to "protect" their ambition militarily and persuade Kiev to back missile and armed forces from NATO (EU) stationed in Ukraine. Would you, as a Russian, feel comfortable with these moves by the West? Just so you could be force fed burgers stuffed with western gloop?

Putin is a very popular and therefore strong, democratically elected leader. His energy supplies to Europe such as to threaten American economic influence and therefore political status. Likewise the ever wealthier Vietnam is heavily indebted to China. Globalisation begins to look ever less likely to be wholly cornered by an insatiable American and Western ambition. Not least as they find their meddling in the Middle East in tatters.

If we also stop and look hard at the Islamic presence throughout Western nations and how we are being slowly subsumed by that horrific culture, we should note it is a state of affairs not tolerated by Putin.  Add his understanding that Assad is "better the devil you know" approach and the Bush/Bliar stupidity over Saddam, which would you debate is the more pragmatic one? Which diplomatic concept has been most to blame for the rise in ISIS and terror now stalking our very own streets?

Now to the horrific murder of Boris Nemtsov. Reportedly by a large group of individuals from a moving car across the road from The Kremlin. Nice one, if Putin associates. A public display of arrogance and stupidity. There the poor victim was, strolling with some unknown "girl", untouched by the volley of shots or weaponry employed, possibly taken to this spot for a "tourist view" of Moscow and The Kremlin Citadel. Possibly at her request?

Now before you shrug and sigh conspiracy theory nutter, do continue reading. I am only posing questions. Would this "execution" be of any advantage to Putin? All we have, generally, to go on is Obama's and the West's official line without one jot of intelligent debate, do we not?

The Kiev Government has lost much to Putin, despite their installation by Western influence and maneuvering. EUSSR expansionism East has been slowed badly, if not totally. Europe, including Ukraine, owes Russia billions and are dependent more than they care to admit, on Russian energy supplies.

So any move to destabilise Putin and his powerful Presidency is an alternative to more logical and sensible rapprochement, not appeasement. Furthermore militancy suits Obama's antipathy to Vladimir and his more affable nature when Islamic cosying up, gains much from blackening Putin. What more do we need to be at least very suspicious as to how this assassination came about?

One final question to consider. Do we, as citizens in the West, gain more from the anti Islamic powers of Russia and China or the seemingly endless surrender of Christian values to the Islamification of Kosovo, Albania ? The events in Syria, the torture and brutal murders of ISIS victims, the death of Gunner Rigby, this Kuwaiti visitor, Emwazi and his mates. and these wonderful happenings, all help confirm my leanings.

Whoever gunned down Nemtsov, I will never accept Putin would have been so stupid as to have had it done in this manner. That it may have been CIA orchestrated cannot be ruled out. Just as the shooting down of MH17 remains a seemingly complete mystery.

We should not take Russian pronouncements without questioning. Should not we have the same scepticism about our own corporate run, political Establishment? After all look how people fell hook line and sinker for the climate change scams.

I repeat ad nauseum, how ironic our survival as a human race may rest on our old foes, China and Russia!