I'm republishing this post for obvious reasons. Don't tell me, Corbyn, private life is irrelevant. What a shower. I've been tied up a lot just recently but will resume regular posting soon. Not least on that May is ever more seemingly out to stitch up we 17 million plus Brexit voters. 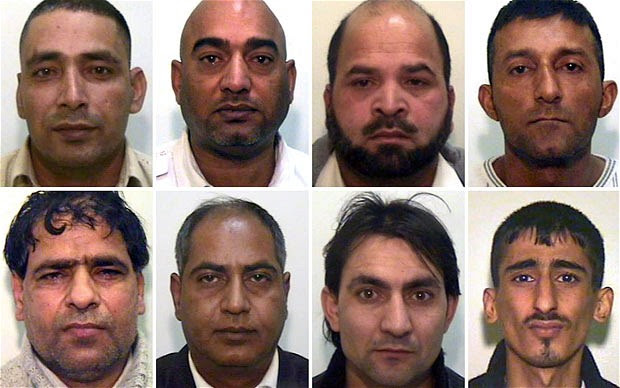 This is just a snapshot of the very rare occasions such ugly and depraved cultural imports are actually done for the rape of small, white children. As yet another toothless bit of media attention pops up today, we learn of Keith Vaz's unfathomable and gross dereliction of duty.

At best accidental. If that is the case, Vaz should resign on grounds of incompetence.. If a deeper motive is suspected, then police action should be considered as to why Mr Unctuous has presided over a serious and dangerous exposure.

Take this further. The abuse enquiry, stalled for want of an untainted chairman or woman, flounders because of fears victims will not be treated fairly, correctly and anonymously. So well done, Keith. More people now fearful of coming forward. It gets worse.

This came out, just today. Yet the BBC ignore both items. Particularly when multi cultural savagery is involved. We have an Establishment coked up to their ears, depraved and arrogant in their absolute belief in their invincibility. With a State Broadcaster as their propaganda dissemblers, connivance and pimping record in all things nasty and covert, it's little wonder our Nation is now awash with an "anything goes", vile abuse of vulnerable children.

Just imagine if a new regime could sweep into power and have access to the dossiers and secret documents detailing the filth and excrement our erstwhile Establishment relish in. Were such a possibility of a major coup arise there would not be enough shredders in the land to destroy the magnitude of the nastiness at the rotten heart of people unfit to be called human.

Unfortunately, it seems, with the careless inadequacy or in depth manipulation of the likes of Vaz and his ilk, we shall never determine the murderous, sadistic cruelty enjoyed by Establishment scum. People, regardless of skin colour, more than comfortable with the horrors their mass immigration of third world detritus engenders. From Camoron and Wallace, you will note, never a word.As for Clegg, his Northern class warrior was Cyril Smith. Remind me, has Clegg ever apologised for this grotesque abuser?

At the risk of making you vomit, pop over here. No hint of any apology since, is there? Bastards.