A New And Grotesque Spin. 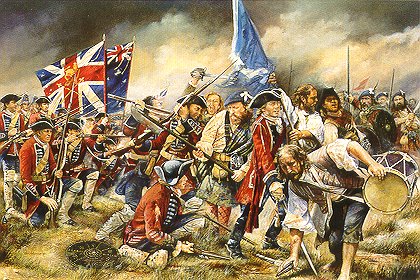 We are presently undergoing water boarding, or rather verbal boarding by our quisling Establishment. You know the sort of brainwashing I mean. Loathe mass immigration your racist, a little Englander or phobic about invaders and cultures your ancestors, over hundreds of years, fought to repel.

Now we are being drip, drip, drip, exposed to the torture of "British values" being determined in the light of the very culture our twelfth century crusaders firmly believed, with good reason, was dangerous and barbaric. One in which slavery, torture and mutilation, especially where women were concerned, left a stench and fear, never ever to be gone from the blighted lands of The Middle East.

So these "values" of mass imported cultures, wherein lie child rapists, barbaric, murdering scum and misogynistic inadequates are "British", we are ordered to accept, or else. Note how the dialogue rarely mentions any other religious factions. Yet until Muslims began to dominate the make up of mass immigration, other faiths went about, quietly, their own worship and social values without needing or wanting them to be regarded as British, or even Christian, values. Indeed they took pride in being good citizens whilst nurturing ancient customs and mores.

Yet Islamists and their apologists in power insist British Values are Islamic values. Here they are in action. A very British value and mindset, if you believe Muslim values are British. Is it not a ghastly and despicable propaganda war?

Why I really cannot fathom. It is European wide and any dissent is quickly suppressed. How soon are we going to be required to attend "re-education" programming? Of course any protest is deemed "extremist".

Furthermore, we also have a brutal groundswell of Antisemitism beginning to show its face. Watch and listen as the modern day version of Nazi propaganda kicks in. White faced front men will be used and paid for to deflect the identity of the real and mass imported Jew haters in the Islamic centres of excellence all over the UK.

I guess we can soon happily embrace Antisemitism as another addition to our British values. Along with the segregation of boys and girls, men and women. Sexist apartheid, as it were. Another British value, or soon to be.

Of course we might soon begin to understand why pubs are closing by the thousand. I'm sure there has never, ever been, in the short history of Islam, a Muslim ever known to have been the worse for drink. A good and convivial get together a British value not to be retained, no doubt!

So next time you are faced with an Islamist demonstration of brutality and barbaric behaviour, just remember, if you regard yourself as "British", it's your values on display. Not those old fashioned, nonsensical, Christian values, forged over two thousand years.

You know, the ones which drove Nazism out of Europe and paved the way for Islamification. Yet values which are now consigned to ridicule by your political masters in thrall to all things Muslim or Arab. Hence their impatience and frustration with any delay to bringing Turkey into the welcome bosom of their new "British Values".