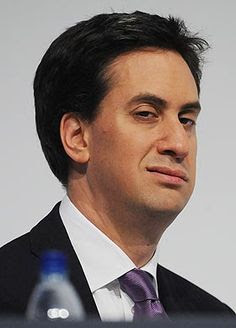 This faux, orchestrated nastiness is so typical of socialists. Their stazi spies at their opponents conference felt they had a nice pile of manure to store ready to throw at PM questions. Thing is it was all so stage managed, held over and gross as to be little more than a mirror on the soulless nature of the Labours' pathetic and underhand nastiness.

In essence there are many handicapped, physically and mentally, who are ill equipped to function as sentient beings let alone find paid employment. My reading of the remarks made, even if clumsily expressed, was could not State benefits be utilised to encourage employers to find suitable work for the very least able who otherwise might block more able bodied employees for the tasks envisaged?

I see this as a reasonable and charitable thing to do. What I regard as more unpleasant is the manner of using the issue to make political capital against a PM, for all his shortcomings, who has suffered the agony of a disabled child. Together with so many other parents in similar circumstances.

Milibad was crass in so many typical ways. If this was such a terrible matter why wait two weeks to trot out? It was a private meeting/debate not expected to be Labour propaganda material and taken out of context manipulation of the meaning and intent. As for using PM questions to posture his own inadequacies with pretend anger but what was really selfish relish, was just plain, unpleasant and bordering on bullying, snide evil.

I'm no apologist for any of these cretinous EUSSR minions and their pretense at government by proxy but Labour really shone through as the greater evil. Today they tried to exploit their own depths of depravity, with the espionage and deception so much part of our failing Establishment. A part which Labour, under Bliar, manic depressive Campbell and the likes of Snotty and McBride, wrote large in our Nation's decline.