Sad How The Knives Come Out.

The Cynics Pile In. 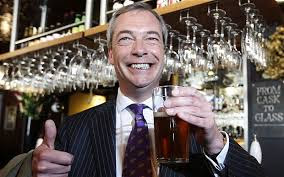 Oldrightie has grown to detest our Establishment with a passion. The MPs, all but redundant, earning significant life styles on the back of our colossal Government debt. A debt which they ran up and now crave even more punitive taxes to just service the interest on their salaries and pensions. Albeit they are all pretty well the same, the grotesque hypocrisy of the lefties, many preaching from expensive homes and the huge salaries paid, or rather extracted, from Union membership levies, I find the most horrendous.

So when UKIP began to resonate with the electorate and won such a resounding victory in the EUSSR elections last May, I saw and felt a glimmer of hope, regardless of any reservations about Farage. That, relatively soon after, UKIP have an elected MP and demolished a many thousand Labour majority down to a suddenly discovered few hundred postal votes, my sense of hope was further raised.

I am, however, saddened by the cynical level of tirade, from many quarters, by curmudgeonly old farts, drugged up on statins and the like and incapable of accepting all and sundry who project themselves as representative politicians. This despite decades of absence of such, other than those whose light was all too quickly snuffed out. Not least Maggie's. What so many of those who would infect us all with their depression fail to ever consider, is what is it they want?

Without alternative and feasible solutions, moaning and whingeing for its own sake is totally unproductive. Sure the West is in rapid decline. Sure the Common Purpose aficionados, full of corporate greed, crooked practices and hiding under a filthy cloak of assumed socialist respectability and facade of morality, dominate and preside over the dwindling dregs of democracy.

Yet when a new upstart bursts on to the scene in the form of a new movement with a refreshing, even if naive presentation, the moaners go into overdrive. All the fools are doing is helping the incumbent Establishment to drive a momentum of spite and nastiness in order to preserve the ever more stagnant rotting corpse of Western greed.

For once it appears the British electorate is waking up. Why this swell of support fails to enter the depressive gloom of so many who have for years cried out for something to really change, is beyond me. To watch not only the LibLabCon and their Whitehall/Brussels puppeteers writhe, we should also rejoice at their media cronies loss of what little credibility they have left. That is since they are, at least momentarily, bereft of all but childish tricks and playground bullying to flog their lies and half truths.

I suppose UKIP is becoming a new target for continued vilification. Those who, ever since internet publicity became available to all, decided their egotistical outpourings are somehow unique and a new political player can in no way have the efficacy of these armchair pundits, plays into the hands of those now nervous of losing their ill gotten grip on the British people.

They should just shut up and wait and see how it all pans out. At least give the future a chance. Warts and all, UKIP might well slow, if only by a small amount, the decline and fall. What do we have to lose?