Why Should We Take Any Notice? Dave says this with gravitas. Yet when only PR is left, pontification still rules supreme. The words linked to and the clamour by The Boy to vilify Putin is done with such aplomb and deluded expertise. When we realise this PM still makes Milibad look bad, what a dreadful place we are at.

Whilst publicly Obummer is now backing off as he and Merkel realise the scary consequences of their nastiness when peering East, our Dave carries on with the already discredited rhetoric. However let us peek at his track record and that of our erstwhile ruling classes over the last 14 years or so.

Iraq is now a failed State, racked with murderous, internecine slaughter and barbarity. As reported here. Afghanistan is about to be surrendered to the Taliban and years of wasted resources, borrowed billions and blood soaked consequences quietly put aside by those guilty of utter and grotesque incompetence.

Of all the meddling stupidity, Libya must rank as one of the most devastating and rapid of the unraveling of our Boy's interference and hubris. At least he was pressured to leave well alone in Syria but no doubt had a hand in stirring that stew of evil civil war. Arms quietly supplied to what is now an ISIS controlled conflict which has seen Al Qaeda pushed into Iraq in greater and more influential numbers, which Saddam would never have tolerated.

What is behind all this ludicrous and costly interference? It would seem Camoron is desperate, just like Bliar, to have a legacy planted in the history books. Well both men will have such but not the one their narcissistic personalities crave. Both will be seen to have been the figureheads for an EUSSR/USA alliance, using them to do the dirty washing.

Naturally, when it all goes pear shaped Dave will be the one holding an unwanted parcel of failed diplomacy and the embarrassing, naked exposure of their own ineptitude. Note well Camoron's daily obsession with Putin, when everyone else are struggling to determine which side to support, publicly, in Gaza. Last night's speech from Obummer suggests the colossal power of his Jewish lobby holds the key as to where he must stand. That in the face of his blatant personal sympathy towards all things Arabian and Islamic.

So when our PM is blithely looking to screw our economy and welfare by fomenting unnecessary and flimsily proven guilt, which may well lie with Kiev as much as Putin, or even more so, what are we to think? We should watch with horror and think of how we can get a far better and more competent Government. That, sadly, is probably beyond us. The pictures below more illustrative of where our fellow electorate place their priorities. Probably never heard of Ukraine of David Camoron 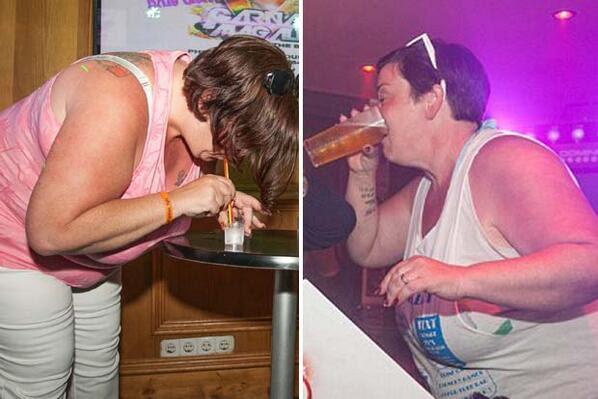