Now Your Death Is Political. 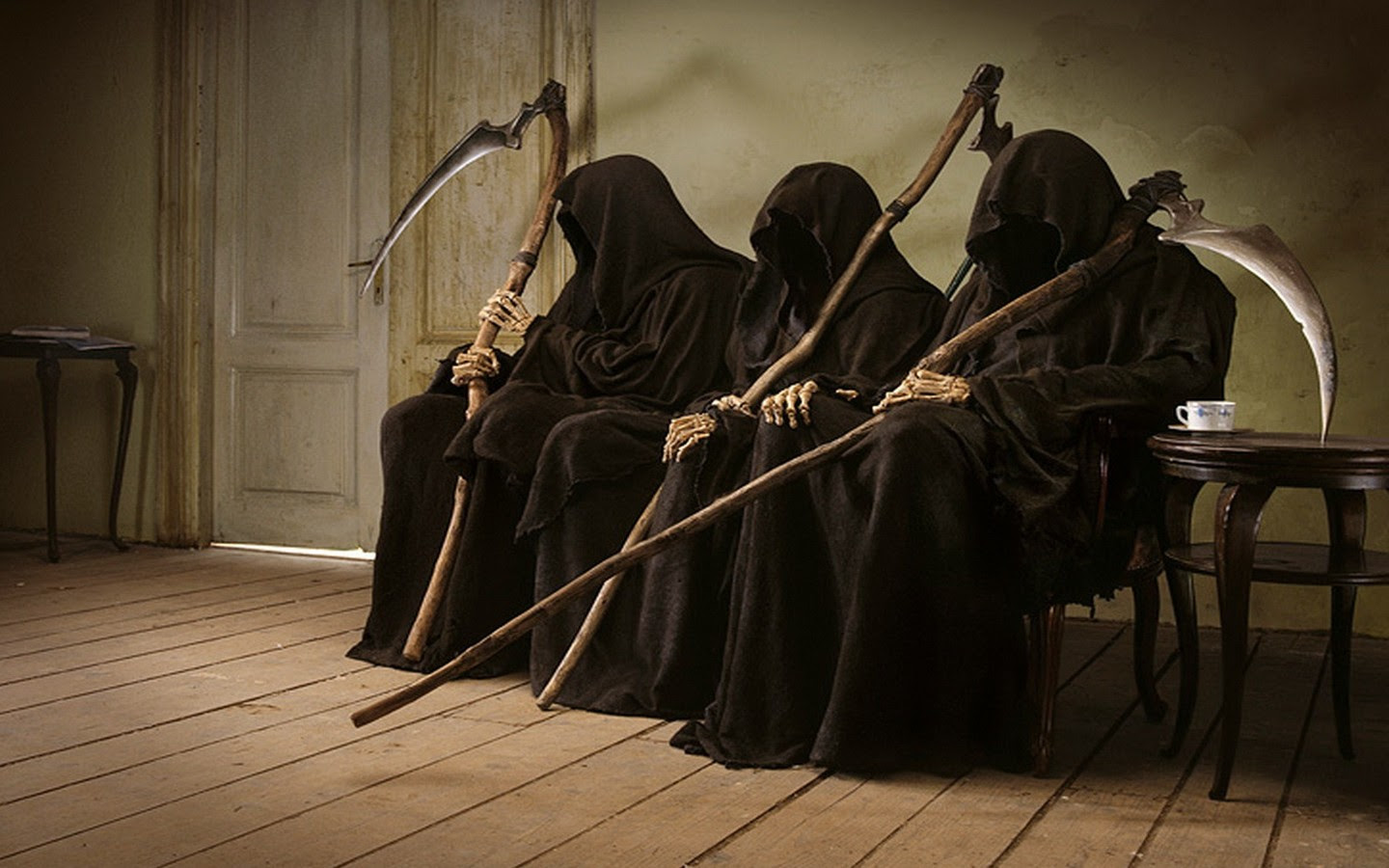 Could the future of Cabinet politics look as in the picture? I  am  often accused of turning any topic into a political one. Well after losing £100k plus from my pension pot to Gordon the Snot-picker, everything became so. Every penny I spend is devalued by political incompetence and tax. So not a day goes by but we are affected in all we do.

Now those responsible for mass overpopulation, unsustainable growth and a society dominated by the feckless or fanatical, costs unwieldy debt and demand. So little wonder "assisted dying" is the debate of the day. Our erstwhile hierarchy would all become an Albert Pierrepoint brigade!

Already the dross created by lack of nurture, taught manners and real education  pitched at ability, or lack thereof, blights our lives. Now the know-alls are looking at "easing" the pressures of an ageing and "useless" part of society. Doing so by offering all and sundry a helping hand into the open graves to be dug anytime soon.

Naturally it will all be dressed up, initially, as some kind of altruistic kindness. Just as the NHS, funded by a dedicated National Insurance levy. One which is now just another burdensome drain on our taxes. NI is likely, ere long to be absorbed into PAYE. Therebye trapping retirees of the near future, who presently don't pay that tax. Not forgetting their lifetime of contributions squandered on mass immigrant droves and health tourists.

Soon, probably in my lifetime, a visit to the GP will be full of trepidation. His diagnosis will be you have reached your limit of treatment costs and we need to discuss my "assisting" you to move on. Still if this approach filters down to the Jeremy Kyle creatures, masquerading as human beings, being included it won't be all bad.

A fascinating additional benefit could be assisting retiring politicians and Mandarins, post their sell by dates. Especially if those not making a good contribution to our lives forfeit several years of extended retirement. That would be an interesting ballot. Plus all tax paid retirees might be first in line for "assistance", since their income is at our expense.

H'm, I'm warming to this! Joking apart, does anyone believe the PTB could get this right? It would be a first I suspect.