A lot of us understand his well deserved pint expression. Natural and not at all triumphant. As Ed Gromit appeared after a hell of a thrashing! 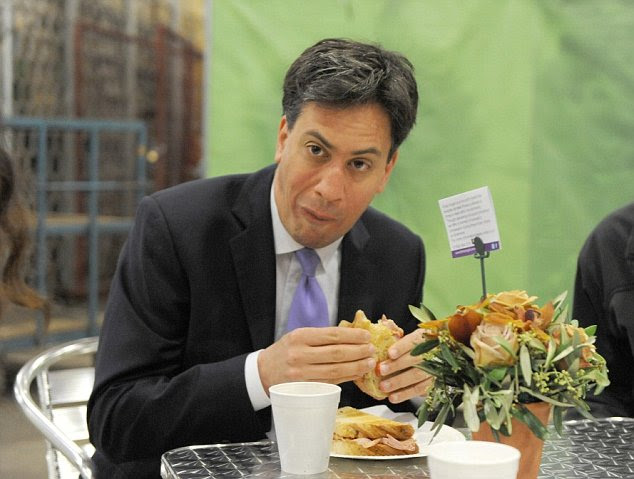 The next UK Prime Minister? God help us all!

A late but very happy post. Labour are barely ahead of the Tories. LibDums dumbed down, close to oblivion. No understanding by the Establishment and their Commissars in Brussels and Berlin. The confusion is brought about by of their entrenched, unwavering and possibly fatal delusion.

I rarely use profanity but I can't resist this evening. When I close this post.

All the talk "messages weren't properly posted", "we're on the move", from Milibad and Camoron's, we need to "renegotiate".  How you gonna do that, Matey? I suggest those who could be "arsed" to vote, believe  you're being disingenuous and  bordering on lying. The same voters remember your last cast iron, empty rhetoric.

This panic struck, buttock clenching, is to be discussed tomorrow evening. When in trouble, spend more tax payer dosh on a massive banquet and love in. Oh the irony of this earthquake. It really is one, brings about a reaction and expenditure for which this election has proved to be the very cosy luxury utterly unacceptable, by those tasked with the onerous and unrelenting expectation of paying for the troughers.

Let's cut to the the chase. What did those with the nuance to vote, as a majority, say to their Established ruling classes, Commissioners and the rest of this ghastly fourth Reich? It was a resounding,

"Fuck the fuck off"!

Why does that simple statement escape the pundits, pollsters and juvenile media? After all, it goes for them, too.

Addendum. Not one ounce of contrition. Just look at this language. "Seize the opportunity", "reform", "The leaders might use the dinner to slim down the Council's "to do" list, in order to concentrate on encouraging growth and employment, so restoring faith in the institutions of the European Union".

Where's the lesson learnt here? Not one of the pathetic morons even attended those lessons.