Not Only Slavery Flourishing In Socialist Britain. 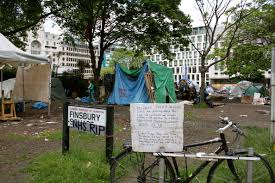 The UK was instrumental, via philanthropic Parliamentarians who were also not social engineers in abolishing the Western slave trade. Once the improvements which allowed the slums of Victorian Britain to decline, the UK's standing as a proud and decent Nation got ever more efficacious.

However, as, in the 1960s, the socialists began to tighten their unwelcome grip of pathetic dogma and complete ignorance of human nature, the rot set in. The corporate brigands of American interests and their bankers' obsession with greed was more than ready to side with whichever political fashion held/holds sway and the crash of 2007 was inevitable.

Now we see a slow but unchecked rise in slums and ghettos, populated by the most awful creatures from around the globe. Our political elite gives not one jot for a cost of living "crisis" unless it affects their own luxurious lifestyles. If they really cared we would not see the filth and nastiness, the barbaric cultures imposed are now wreaking on those caught up in the new Fagin dominated era.

Children trafficked as sex slaves allowed to flourish as it caters for many of the elite's own terrible tendencies. Expenses cheats back in disgraced Office. Cocaine snorting, underhand dealing and cosy hob nobbing beloved of the likes of Bliar, The Kinnocks, Milibands, Balls and all. Don't start me on the privileged effete such as Cleggy, either.

So the cruelty, drug pushing decadence reigns supreme. Meanwhile they pretend we are holding the moral high ground by siding with the crooks installed in Kiev and the platitudes with regard to the Nigerian medieval terror. Hypocrisy writ large.

As for democracy, well do you see our streets plastered with posters for the EUSSR charade? I suspect this low profile lack of PR fanfare is an agreed bit of tactical procedure, to hope a low turnout will prove quietly to the advantage of incumbents and the rubbish crowd in Brussels running our lives. They maybe right but whatever the collusion one thing is certain. It's nothing to do with altruism of concern for we peasants. Bar Stewards all.

Destined to inherit out late Princess's place in the Marches!