Bring On The Big Miniscule Guns! 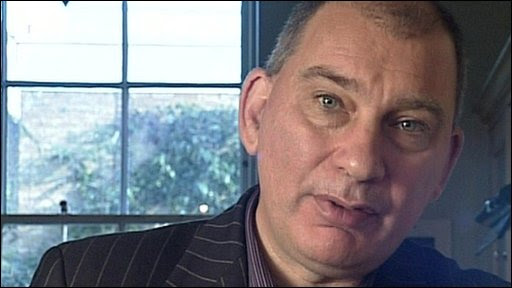 Now comes the lesser, more pop than mortar fire from the Spectator. The YouGov poll has certainly stirred yet further the Establishment angst. So now this apologist for the Iraq war is employed to slag off a major part of the voters in the weekend's YouGov poll. There really is panic growing as people power seems at last to be getting the message of how badly our treacherous establishment have sold out to the vested interests of a corporate USA/EUSSR axis.

Rightly or wrongly the more UKIP are slagged off and vilified the greater the rise in their popularity. Should, and I pray it happens, UKIP take the majority share of the somewhat pointless EU charade of democratic elections, we can really believe a wave of common sense has arisen in anger at the present state of our EU subservience.

Anyone who might consider this a transient blip and it will be business, literally and metaphorically, once more for next year's General Election, are living in cloud cuckoo land. If certain Civil Servants and corporate/banking elites smell a new era beginning, they will look to sign up and hedge their bets as they do their funds.

It happens when one or other of the main parties look favourite for 5 years or more at the trough that is Westminster. Ergo, since these constant and relentless attacks on UKIP grow ever more hysterical and the support gets ever larger because of and in spite of the smears, somebody will soon break ranks and throw a big weight into the ring on the side of the people who want change at almost any price.

Just remember there was a time when to suggest UKIP might win a European vote hands down would have cost you your perceived sanity. Were this to happen even against the likely postal vote rigging, what a breakthrough for real democracy this would be. Add to that thought that if these polls were to then be reflected in a general election, what then?

If it were once unlikely they, UKIP, could top an EU ballot, so would not now a majority GE vote be possible? It is my feeling the panic of the Cohen like footsoldier infantry goons is not confined to this May's election but rather next years.

The MSM and the PBBC crowd have pretended, albeit half heartedly, UKIP only hurts the Tories. Yet the Guardian dares suggest it is also damaging Wallace and his middle class Labour Party .

What is being forgotten is how rotten the establishment has become. Bliar and his millions, Snotty Cyclop's faux charity income, expenses scandals, lack of accountability, nepotism. The latter again a specialism of Labour hypocrisy.

We must also remember the LibDum lib hangover that is the Cyril Smith cover up. One now dragging in, hopefully, other political figures who for too long have used the State's machinery for its own protection. A cover up which has left hundreds, if not thousands of lives ruined and scarred irreparably but to date not one perpetrator of note has been brought to justice.

I have nearly seven decades in which this establishment have descendes into shameful depths no one could have ever imagined. That a massive change for the better could happen relatively peacefully at the ballot box, I doubt. That doesn't stop me being hopeful. If UKIP can be a bus to ride to start the journey, works for me. Not least if it dispenses with that ghastly legacy of envy which drives socialism!