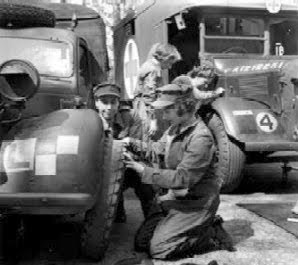 Europe really is losing its wheels daily just now. Erdogan shoots down a Syrian aircraft, purportedly. Still awaiting evidence, Syrian confirmation and wreckage pictures. More likely a US/EUSSR bit of propaganda or engineered incident, to massage the Erdogan regime's otherwise hated Islamic intentions. Just recently it's the secular, as in Egypt, supporters who have been stirring this pot.

Shades of Ukraine interference, methinks. Some frantic wheel retention effort going on there, in support of the pro-EUSSR desires of Erdogan to get a share of the EUSSR's corruption fuelled gravy train. Much effort going on to keep that wheel in place!

Then there is the actual wheel loss caused crash that is Ukraine. Get Europe lose Crimea and Russian energy. Two wheels missing on that wagon, so far. Of course it is not just the avaricious land grabbing expansion eastwards giving our Brussels fitters (up) constant brace usage. Even the home grown vehicles such as Madrid are looking wobbly.

Then there is the opposite wheel effect in which the wheels are desired to come off if they are clad with democratic tyres! Such as undesirable referendum results as found in Crimea and now possible in Venice, Catalan and Scotland! All of these require large teams of fitters to try and destabilise those vehicles. All of the time these wheels are turning we forget some of the major crashes already caused by faulty fitting of shiny new wheels without the correct, democratic bolts!

Greece and the wreckage on the track side of the race circuit to domination  by Brussels and Berlin is but one of the casualties of this present human Common Purpose mayhem and race to the bottom. All the marshals, track officials and Bernie Obummer types are not doing to well, are they?  The Grand Prix of world government looks rather tired and Vlad is setting up his own F1 credentials. China pretty well signed up, I would think.

The constant rule bending also mirrors the meddling we see in F1 and though the metaphor is growing tiresome it still does mirror the EUSSR's incompetence, track side. I guess their real location really should be the backwaters of Europe wide sink estates and the growing armies of unemployed, feckless young. Window lickers to the glass halls of the corporate entertainment suites, rather than the dirt and muck of the wheel change crews.

I could go on with the plethora of failure of these petty bureaucrats, who believe their own hype and hubris as their right over the rest of us. This superb article by Christopher Booker tells of two infamous such bureaucrats, Salter and Monnet. They could be the Rompuy and Barroso of their day. All four men abysmal control freaks. The tactics for dominance were laid down all those years ago but still did not prevent WW2. They, too were masters at ignoring when their ideas were shown to be flawed.

As in recent times, when "global warming" is justifiably ridiculed or their edicts, slavishly obeyed by pygmies such as this creature of incompetence, are seen to be lousy ideas, the EUSSR in crowd go quiet. You'd think Greece had never existed. Or the CAP and fishing policy debacles. Those are yet more wheels coming off, big time! So do keep quiet and find other distractions, such as Ukraine or missing airliners.