Do They Ever Look In The Mirror?

Do They Sleep At Night? 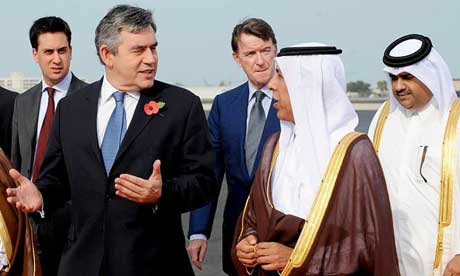 This ghastly creature, lackey to Union Barons, a cretin who was part of the destructive reign of socialism, a pet of a mad man and idiot, Snot Picker Gordo, swans off to one of the scenes of his late government's war mongering and bloody mistakes.

One of their many dreadful errors which has cost so many lives and ruined so many young mens' futures, sees this brass necked moron visiting the scene of crime. Naturally he will peddle the platitudinous crap as to how the mission was so very necessary, especially for his mate Tone's future wealth.

He may even push the lie as to how the streets of The UK are safer, other than for Gunner Rigby of course. Even bigger fibs will be uttered as to the suppression of the heroin trade. A revenue stream shared between the CIA, their poodle Karzai, the Taliban arms dealing agencies and the global corporate gangster organisations.

Add to those interests, the banking bandits of 2007 and the enthusiasm with which their political pals turned a blind eye, or raided taxpayers' funds to make up any remaining shortfall and Milibad's visit can be seen for the unpleasant nature it is. Here is a man privy to so much secretive and horrendous knowledge but still happy to gurn his way round troops unable to tell him their true feelings.

We really are led by a political class, from deep in the heart of the USA via Brussels and Berlin to a charade of a Parliament in London, which grows in hubristic confidence of their superiority, inversely proportional to their incompetence.

Such PR stunts as Wallace's today make me feel sick to my stomach. His only saving grace is he is just mimicking the tired old behaviour we suffer every single day. Behaviour massaged and fawned over by a media circus only interested in their own advancements and invitations to Chequers.

Not many squaddies get invitations of course. Many of those poor pawns in the global Common Purpose scheming are more likely to be found at soup kitchens. As are many poor socialist saps. Brain dead and gullible, unable to equate the ever burgeoning slums and sink estates with decades of their erstwhile Labour regimes. One as is now ensconced in Brussels without one single vote cast by those they betray.

Cheers, Ed, great visit. Lauded all over the BBC and nicely outside the diversionary minor events such as those in Ukraine. Or even more carefully under wraps, your nearest and dearest in the Labour ship of fools, the Dromey clan. I doubt there remains one politician in Europe today fit to sit down at the meal table with decent people. Particularly those in the military.