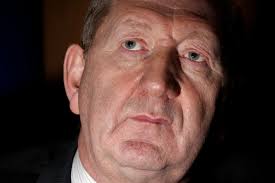 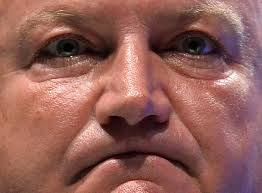 All my life I have watches successive Union figures dictate not only to their Labour Party puppets but to all of us. Our post second war history is littered with destroyed industries and companies. Many bullied into failure by the wealthy hypocrites from the likes of those pictured. Just three, there are many, many more.

Not only are these unsavoury, rich and arrogant thickos prepared to seek power over our Country they are very cavalier with any legalities. I doubt this rigging was a one off but rather a serious tactic, endemic in such peoples' lust for power.

The big mystery, however, is how the people they represent appear incapable of recognising the history they have and are living through. One in which their lives have been blighted by Labour and these ugly characters, who are more like American gangsters than decent representatives.

Albeit the present London Tube  dispute seemingly affects just the capital, the tentacles of Union bullying easily transmute. Particularly in the present day, when much of private enterprise has learnt to handle these morons, their ghastly eye to the main chance led them into public services. Not least whilst their Labour cronies were in Government.

So Labour's scorched earth approach to everything ever worth nurturing, such as education and the NHS, both turned into political footballs by these very same people, were happily handed to the Union SS types. Today we watch with horror as ancient creatures' set examples return once more. Return to impose their will not only on their misguided supporters but the rest of us.

That age old mystery remains unsolved. Why do sink estate hordes, dumped in lives made many times worse, as their erstwhile champions of the disadvantaged grow rich and powerful without ever improving one jot those whose support them, remain ever blind and foolish?

If this slavish, blind and misguided loyalty only impacted on the idiots in thrall to such as Crow and company, let alone Red Ed and Bully Boy Balls, it would not be so bad. Indeed even laughable. Sadly many people lost vast sums in pension funds back in 1997, together with our sovereign gold reserves. Suddenly no longer funny.