What Will The Runes Foretell? 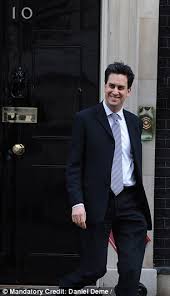 
So Labour set to win everything in sight. According to Mr  Kellner  Cathy Ashton, a beloved appointment to the EUSSR's lavish salary gravy train,  by Gordon The Snot Picker Brown. So he's no axe to grind then?

There can be little doubt the pollsters are about to step up their action in a frenzy of commercial effort to get rich out of soothsaying! One of the already pushed memes being that UKIP is all about draining the Tory support when anecdotal information suggests otherwise.

I'm not a soothsayer but I do believe that the three, hitherto main, Parties are despised significantly by the electorate. Labour for their despicable and unedifying 13 years of plunder and self enrichment through war mongering. LibDums because they really are a nasty but dumb crowd of weirdos and sex pests and the Tories for a plethora of obfuscation and "cast iron" promises worth exactly zilch.

Since the EUSSR's grotesque form of dictatorship is unlikely to improve before this year's EU elections and UKIP do very well in those polls it is more than likely they will do the same in 2015. I am very fearful of the economic fall out from that, of course.

Were a Lab-Lib cobbleition to be formed, or worse still a Liebor majority ensue, then 5 years of hard graft, to repair the massive damage which led to the scorched earth swan song of the Nosepicker, would yet again be experienced. So we must wait as all this unfolds. Yet if Kellner and the Chatterati think 2015 will return us to the heady days of a pretend socialist Utopia I suspect they have quite a shock in store.