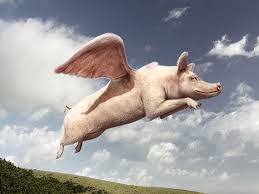 I'm just enormously torn between emotions at this lying affront to decent people. My fellow "Quiet Man" over at his place shows similar feelings as those I would wish to add to. How can people be so dumb as to seek to prefer this lot yet again? Years of hard effort and austerity to be sacrificed in a vote for those who have never, ever made us better off. Only themselves. Including Snotmeister.

Not only does this bully boy, Balls,, cretinous, wealthy, privileged but utterly stupid man seek desperately to steal the now well received public consideration for immigration and economic debate, he's happy to lie and openly deceive. Labour and their soviet style masters in the Trade Union Offices of Purse String pullers are the cause of our austerity and woes.

Every industry that used to do well these idiots stifled in dogmatic dogma and nasty, USSR slavish worship of the socialist Orwellian future they so crave. Their perceived nurturing of the workers' interests just a facade for their own envy and inadequacies. Mining, car manufacture et all was treated as personal weapons of choice by the Scargill like hypocrites. A future every bit as described in Animal Farm. Balls is paying lip service to the other animals, us, as he preaches sedition against all farmers, (capitalists), regardless of those who would always nurture more successfully their livestock than any Stalin or Hitler of the left.

We remember the Rowntree Quaker traditions of philanthropy. How many from the Socialist camps do we remember? Stalin's purges?Mao Tse-tung's barbarity? Pol Pot's slaughter of the middle classes? All in the name of that ridiculous idea that we're all equal. Not in genocidal, vicious, class war envy politics we're not. The socialists reign supreme there.

Still, if we stand idly by whilst those who can, do their utmost to promote slovenly and selfish greed for the masses over a more well bred intelligentsia, what hope is there? Let's just keep our wide open barn doors ajar to continue Labours' nose rubbing but ludicrous policy of subjugation through suffocation.

To that end we can just watch as fatso Balls's pigs do a Red Arrows choreography over our heads. When we think of their last time in Government what's a pig swill excrement  further bombardment matter? It's just more of the same old Labour. The birth of a new soviet style gangster class of thugs and despots.