The Left's Slip On Display.

Wallace Is So Under The Thumb. 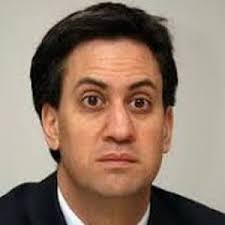 YouGov is headed by Mr "Lady Ashton"  of EUSSR wealth and fortune. A lackey placement by Snotty Brown, as a final attempt to rub our noses in the inadequate nature of his minions. Or to give him his other name, Peter Kellner. Now given the alacrity this leftie bunch, funded by their Union cronies or rather masters, seek to employ rent a crowd, beat up children bullies and rig any ballot going, I really feel the manipulation of polls is child's play for the cretins.

A further hint of that possibility is the frequent numbers placing the LibDums behind UKIP. Now though I welcome this possibility, it is just as likely to be a Machiavellian ploy to push the Cobbleition partner to get fidgety. A split in that partnership would produce a neat distraction for the less than welcome, for Labour, of the continuing recovery.

As for the Falkirk debacle we now have a flavour of how Labour and their Union bosses really do business. Add to that the nastiness in Grangemouth and Dagenham we begin to see exactly the kind of Government our Wallace will preside over. For sure Labour can ill afford circa 35% of their income being withheld so Red Ed can bluster all he likes, he's a fully paid up member of this band of thugs and Marxists. His Dad would have been so proud.

Of course we must not ignore that deeply unpleasant, malign enemy of The British and indeed Global Nations. Common Purpose. Every bit as scary as the foot soldiers of this shady organisation, the Union barons. Camoron's interest only just declared in what is an unholy alliance of Bilderbergers and socialists across the Planet. Bear in mind that in Common Purpose parlance "charity" does not mean, in practice, that which is guided by altruism.

We really are in a maelstrom of political manipulation from all directions. The EUSSR is already reported to be planning how to bankroll an EU referendum in the UK, supposing they might have to. Should it be necessary be prepared for a multi-billion euro onslaught in support of those already fat from their sinecures in Brussels. The Kinnocks and Mandy Kiddyfiddler types.

All part of a "common" agenda for a global Government headed up only by those presently prepared to sell their souls and sup with very short spoons. There are an awful lot of them totally disinterested in our welfare, care home needs, or a comfortable longevity. As with the USSR experience, we can expect schooling to be an arm of a global Sate, in order it can stream those children considered to be the successors to those at the top of the then Common Purpose Echelon. The tactics of Unite are but a forerunner of how it will all become. Or, in other words, Orwell's 1984 blueprint as a new Bible or Koran.