Without A Crumb Of Shame. 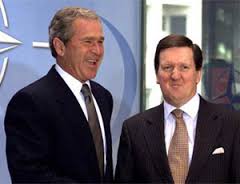 "Shame you're not a ten year old, George Dubya", says one George of the other.


This suggestion, in the light of the gagging efforts by Heywood today, is given ever greater credibility for hiding the truth from public gaze. Here are probable accusations directly threatening the nasty and fetid  underbelly of abuse and arrogance these cretinous Mandarins and their puppet Ministers have hitherto kept as their dirty secrets.

In this instance of reluctance we can have naught but sympathy and pride. Hardly something we can have for those who are so destructive of all that could be good about our Country. Might it also be a similar tale to explain the grip the EUSSR have over our lot? Certainly in the maelstrom surrounding the BBC guilt over Savile and others rumbling on does that not leave the more powerful and nasty free to believe in their invincibility.

I suppose we will never ever have more than conspiracy theories to go on but how wonderful if the truth about Snotty's nocturnal wondering from Downing Street were better publicised. As for Robertson and Mandleson, what's left to loath, I ask myself.  Certainly their existence shames us all with tales such as these. 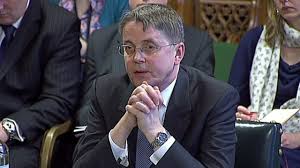 The latest potential paedophile Gate Guardian to the Establishment Paedophile Secrets.
Posted by Oldrightie at 15:40